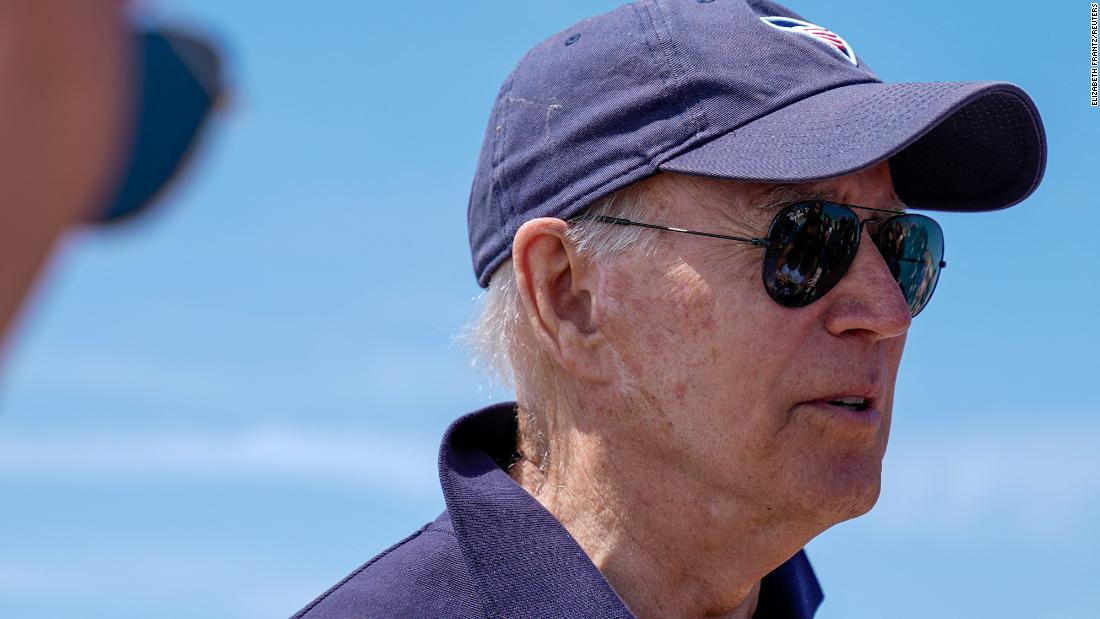 “The situation with Iran is getting very hot,” said one senior administration official, referring to the country’s recent decision to dismantle some of its nuclear monitoring cameras and a spate of covert, offensive Israeli operations inside Iran’s borders.

“That is a huge part of why we need to do this trip — our allies want to know we are serious about dealing with this,” the official added.

At this point, however, the prospects for a new deal “are tenuous, at best,” US Iran envoy Rob Malley testified to Congress last month. And it remains unclear how the administration would keep Iran’s non-nuclear missile and drone attacks at bay should the deal succeed and sanctions be lifted.

An NSC spokesperson told CNN, “We are committed to consulting closely with our regional partners regarding US policy on Iran, and in broad terms, we support dialogue among the countries in the region on issues of regional security and stability.”

Lawmakers, regional partners and allies have pushed the White House for more information, but the administration has been cagey, wary of derailing the sensitive nuclear talks.

Sources familiar with the discussions said the administration has expressed that it would keep up the economic pressure on Iran and ramp up sanctions enforcement should a deal fall through. The US has also been working to build a regional coalition against Iran, urging the Gulf countries to integrate all their air and missile defense systems against Iranian attacks. That move is supported by US lawmakers from both parties but has not yet won the backing of all the Gulf countries.

US officials don’t believe the onus is entirely on Biden to constrain Iran, however, and hope to hear from Middle East partners during the President’s trip to Israel, the West Bank and Saudi Arabia next month about what more they can do to influence Iran’s behavior, officials said.

Israel, meanwhile, appears increasingly willing to take matters into its own hands. The country’s intelligence apparatus has ramped up its covert attacks on Iranian nuclear targets and scientists and is leaving the US largely in the dark about it, multiple current and former officials familiar with the intelligence told CNN.

The Gulf states are less worried than Israel about a nuclear weapon, and more about how sanctions relief from the nuclear deal could help to fund Iran’s other malign activities.

“The Gulf wants to feel that America stands with them, but the biggest question mark right now is whether the US can be relied upon,” said Ali Shihabi, a Saudi operative close to Riyadh who often represents that nation’s government’s point of view. “Saudi Arabia wants as much involvement from the US as possible in constraining Iran, so that will be a discussion that will dominate the GCC-Biden meeting.”

The Biden administration is divided over the seriousness of Iran’s nuclear ambitions. Some current and former officials familiar with US intelligence believe Iran’s primary goal is sanctions relief, and that its leaders are content to simply hold the threat of further nuclear development as leverage.

Others believe Iran really does want to produce a nuclear weapon, because the country’s leaders have taken note of how North Korea and Russia, both nuclear-armed states, have managed to avoid direct western interference like invasion and regime change.

Malley told lawmakers last month that “nothing is off the table” when it comes to ensuring Iran never obtains a nuclear weapon, to include military action. But he reiterated that the US position is that “the only real solution here is a diplomatic one.”

The NSC spokesperson reiterated that position. “We will remain committed to diplomacy as the best, most durable means of addressing our concerns with Iran’s nuclear program,” the spokesperson said.

US intelligence and military officials are closely watching for signs of escalation between Iran and Israel ahead of Biden’s trip to the region, given that Israel appears to have escalated its targeted killings and other gray-zone operations inside Iran in recent months.

Israel “(doesn’t) seem to have a strategic plan right now to end the Iranian nuclear weapons development,” said Jonathan Panikoff, head of the Middle East Security Initiative at the Atlantic Council and a former deputy national intelligence officer for the Near East at the National Intelligence Council. “It’s hoping that through a series of tactical actions it can keep the pressure on and continuously delay Iranian progress.”

A US official and another source briefed on the intelligence confirmed to CNN that Israel was behind the assassination of Iranian Revolutionary Guards Corps Colonel Sayad Khodayee in Tehran last month, as first reported by The New York Times. The Israeli Embassy did not return requests for comment.

Two Iranian scientists were also killed in late May in what Iran has publicly alleged was a deliberate poisoning by Israel. Also in late May, a drone strike on Iran’s Parchin military complex killed an Iranian engineer and another IRGC member suddenly fell to his death from a balcony.

Israel does not inform the US of its operations beforehand, and often never acknowledges their role — even privately. Biden administration officials, in turn, have taken a broadly hands-off approach to Israel’s operations, multiple current and former officials familiar with the discussions between the two countries told CNN, and have not directly asked Israel to knock it off.

Still, while it remains unlikely that a conventional war will break out between Iran and Israel, the possibility of a miscalculation that spirals out of control is higher than usual, officials said.

Iran has raised its aerospace defense force alert levels in reaction to recent Israeli operations, one official said — something that officials have been watching for as a possible indicator that Iran may be preparing to retaliate.

Officials are also concerned that Iranian rhetoric is becoming more bellicose, as the Iranian government appears to have begun linking the recent Israeli attacks to regime survival.

Concerns over potential Iranian escalation have fueled a broader diplomatic shift between Israel and the Gulf countries, leading to normalization agreements with Bahrain, the United Arab Emirates and Saudi Arabia.

The precarious security environment has led Israel to push heavily for Biden to visit Saudi Arabia and meet with the Saudi Crown Prince, multiple officials said, and Biden is expected to make an extraordinarily rare flight directly from Tel Aviv to Riyadh on Air Force One while in the Middle East next month.

“A lot of our partners feel strongly that the US Iran policy is making them inherently less safe,” said a congressional aide familiar with the deliberations. “And when you tie that policy to the Afghanistan withdrawal, restrictive arms sales, the lukewarm embrace of the Abraham Accords, the advertised pivot to the Indo-pacific — we have a lot of partners willing to take matters into their own hands.”

The aide added that some countries might also start to look for other partners, like China, to address the Iranian threat.

Shihabi echoed that sentiment. “Ultimately, American politics are very volatile,” he said. “And if the Kingdom and others have learned anything, it’s that they can’t put all their chips on the United States.”

This story has been updated with additional reaction.