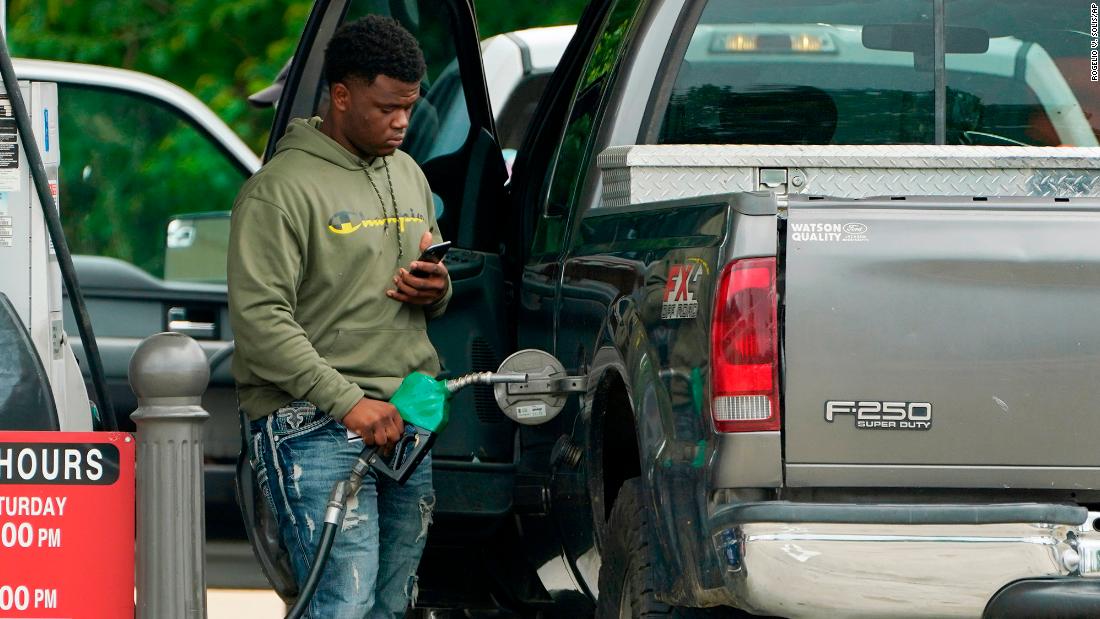 Future president Barack Obama, by contrast, dismissed the idea as a political “gimmick” designed purely to win votes. “The easiest thing in the world for a politician to do is tell you exactly what you want to hear,” Obama said in April 2008.
If it gets through Congress, a gas tax holiday would deliver swift — albeit modest — relief to consumers by lowering retail gasoline prices by as much as 18 cents a gallon.

A gas tax holiday would be politically popular. It would also allow the White House to show that Biden is taking tangible action to address one of the biggest headaches facing families.

Americans are grappling with a 41% spike in gas prices since Russia’s invasion of Ukraine in late February. Record-high gas prices have contributed to the worst inflation in 40 years, forcing the Federal Reserve to raise interest rates so aggressively that markets are in turmoil and recession risks are rising.

Yet suspending the gas tax would involve trade-offs that serve to validate why Obama and others have bashed such a move as a gimmick — and why it may not get through Congress.

It won’t solve the underlying problem

First, a gas tax holiday would do nothing to fix the supply shock driving up prices, not just for gasoline but diesel and jet fuel, too.

Secondly, it would push demand in the wrong direction. At a minimum, artificially lowering prices would support buying gasoline, underlining the adage that the best cure for high prices is high prices.

“The risk is that at a time when the supply-and-demand balance that sets prices is already extremely out of balance, it would enable more Americans to hit the road,” said Patrick DeHaan, director of petroleum analysis at GasBuddy.

Suspending the gas tax also would effectively encourage the use of gasoline — running counter to the Biden administration’s ambitious climate goals that call for moving away from fossil fuels.

“Barack Obama was right. A gas tax holiday was a bad idea in 2008 and it’s a bad idea today,” Senator Bernie Sanders wrote on Twitter in March.
Like other progressives, Sanders instead threw his weight behind a windfall profit tax on the oil-and-gas industry, a potentially-popular move that carries its own set of risks.

Mark Zandi, chief economist at Moody’s Analytics, told CNN in a phone interview that a gas tax holiday would not be helpful and could even be inflationary, forcing the Fed to raise rates more aggressively.

“I’m not a fan. You want people to drive less and use less gas. This works against that objective,” he said. “It’s not well-targeted.”

Zandi also expressed concern that energy companies may not pass along the entire savings from a gas tax holiday.

The Moody’s economist served as an economic adviser to McCain during the 2008 race when the Arizona Republican endorsed a gas tax holiday.

Another problem with a gas tax holiday today: Revenue raised from this levy helps finance the Highway Trust Fund, which is already short on funding. The federal gas tax hasn’t been increased since 1993, when gas was selling for just over $1 a gallon.

Unless those funds are replaced from other sources, suspending the gas tax would sap resources for building and repairing highways at a time when the price tag on those projects is going up due to soaring costs for construction materials and labor.

Energy Secretary Jennifer Granholm acknowledged this issue over the weekend, telling Dana Bash on CNN’s “State of the Union” that one challenge of suspending the gas tax is that it “funds the roads.”

Marc Goldwein, senior policy director at the Committee for a Responsible Budget, said a gas tax holiday would be a “mistake,” in part because pushing up demand would lift prices.

“It would be partially self-defeating, not that meaningful for prices at the pump and costly for the federal government,” Goldwein said.

Economist Larry Summers, a former adviser to Obama and Treasury Secretary under President Bill Clinton, similarly told NBC’s “Meet the Press” last weekend that a gas tax holiday is “kind of a gimmick.”

And yet Biden officials say the president is seriously weighing it as an option.

If Biden and Congress do go this route, they will face a problem down the road when the tax holiday expires. “It’s going to be very unpopular when prices snap back up by 18 cents a gallon,” GasBuddy’s DeHaan said.

And that raises the specter of a temporary gas tax suspension morphing into a permanent holiday.