Analysis: Macron tried to make the center the biggest force in France. It didn't work 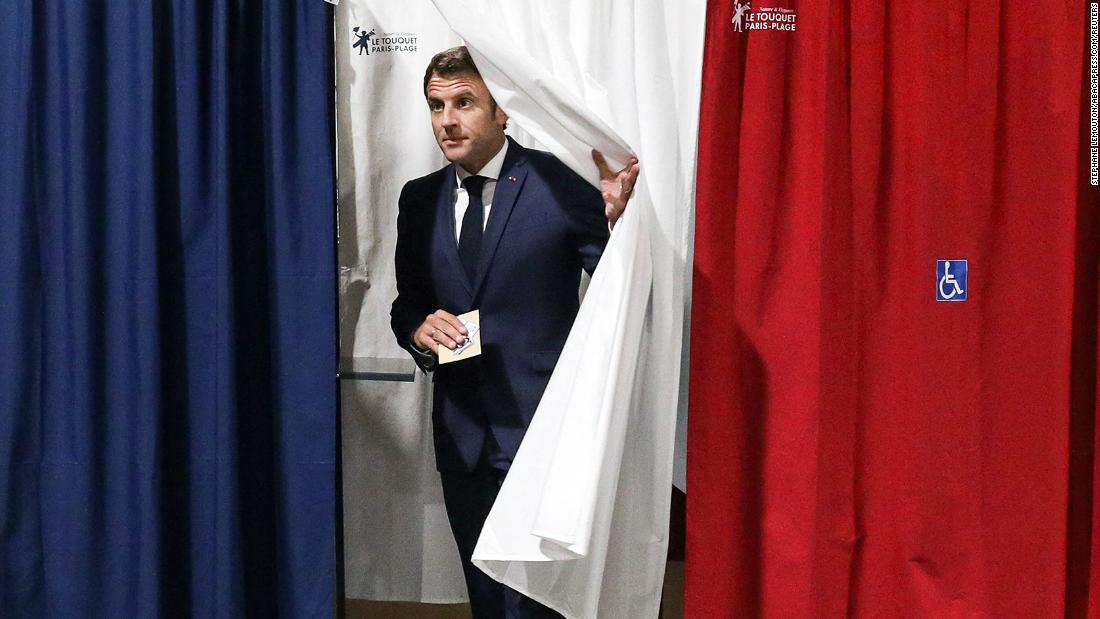 While his centrist alliance, Ensemble!, took the largest share in Sunday’s second round of elections — winning 245 out of 577 seats — it was short of the 289 required for an absolute majority.

Macron’s coalition will now attempt to build alliances in parliament so that it can pass legislation.

Prime Minister Élisabeth Borne said on Sunday night: “As of tomorrow, we will work on building an action-oriented majority. There is no alternative to that coalition to guarantee our country’s stability and enact the necessary reforms.”

Those reforms include raising the retirement age and having a more pro-business agenda, both of which have been met with opposition from across the political spectrum, including protests during Macron’s first term. He also wants to push for greater integration within the European Union and has pitched himself as the bloc’s de facto leader since former German Chancellor Angela Merkel left office last year.

Philippe Marlière, Professor in French and European politics at University College London, believes “Macron will try to govern through ad hoc alliances on particular issues,” but points out that opposition parties may want to “dissolve parliament early and have another election in a year or so.”

Analysts are already describing Sunday’s election result as a major personal failure for the French President — one that may taint his legacy.

When Macron was first elected in 2017, he did so as a relative unknown, leading a political movement that appeared to come from nowhere and brushed France’s traditional center-left and center-right to the side.

“Macron’s goal was to depoliticize French politics, in a sense. He wanted a large center that had people from both the left and the right who would try and solve France’s problems with non-partisan common sense,” Gérard Araud, former French ambassador to the United States, told CNN.

“This instead created a sense that the only real alternatives to Macron’s centrists were politicians from the fringes of the left and right,” he added.

The third-largest is Marine Le Pen’s far-right National Rally party. Le Pen was Macron’s opponent in the second round of the presidential election in April, in which she secured 41% of the popular vote.

Aurelien Mondon, a senior lecturer at the University of Bath, specializing in European far-right politics and radicalization, says Macron’s biggest failure may be the normalization of Le Pen and the far-right more broadly.

“The idea of a big center that created a horseshoe, with Macron and his centrists flanked by the far-right and far-left, meant that Le Pen could put herself in the same category as NUPES,” Mondon explains.

While NUPES does have some radicals, including Mélenchon himself, it also counts among its membership the Greens and Socialists, which have been mainstream French parties for years.

Mondon says a record number of seats in parliament will allow Le Pen to claim this result “as an effective victory and feed the idea that the far-right is marching ever closer to power in France and across the rest of Europe.”

There is no doubt that Macron’s 2017 win was historic. In a world of Brexit and Donald Trump, his centrist, pro-European victory was welcomed by many who feared the political instability that was being felt across the world.

That victory now feels like a very long time ago and it’s hard to see what will happen to Macron’s political center once he’s no longer in power. Even harder to predict is what happens to those voters who oppose Macron after he’s gone: can they be tempted back to the center of French politics, or do they drift further to the fringes of the left and right?