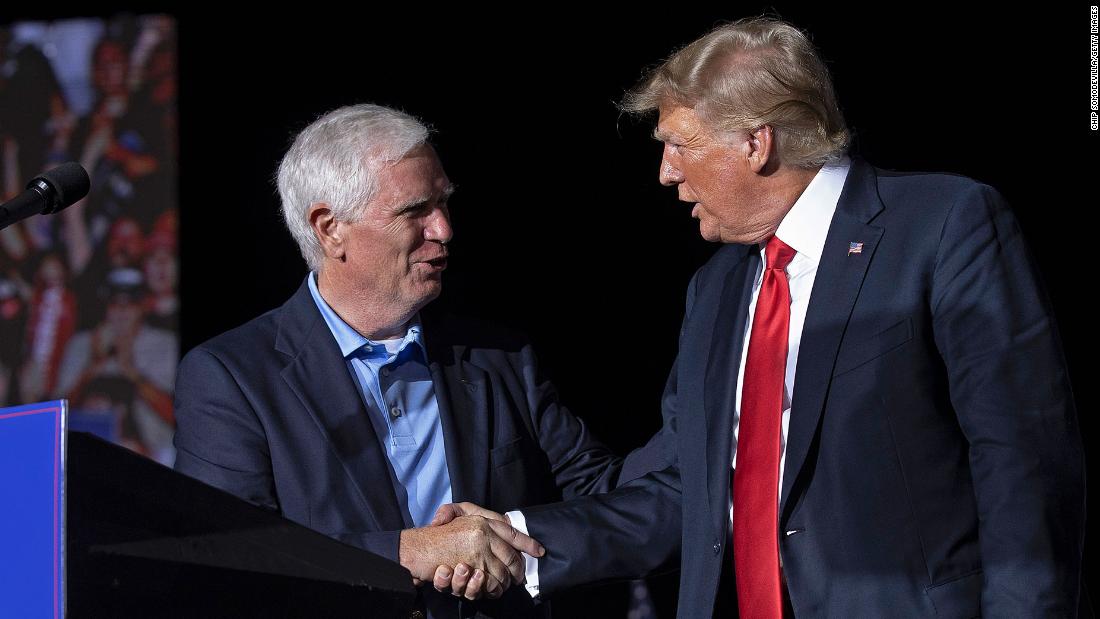 Back in early 2016, the Alabama GOP congressman said there were “hundreds of things” that would keep him from backing Trump. Like many Republicans, he eventually fell in line.

Though he didn’t receive Trump’s endorsement the first time he ran for the Senate in 2017, Brooks was one of the former President’s staunchest allies in the House. He was a lead proponent of Trump’s 2020 election lies.

That all paid off for Brooks, when he received Trump’s endorsement for Senate in April 2021 — only to see it revoked nearly a year later. Brooks was struggling to gain traction in a crowded primary field, and the former President viewed him as softening on his unfounded claims of voter fraud.
Still, Brooks managed to advance out of the May 24 GOP Senate primary to a runoff next week against Katie Britt, a former aide to retiring Sen. Richard Shelby. But even after Brooks made a public plea for Trump to re-endorse him, the former President spurned him again, throwing his support behind Britt, who was already the favorite in the runoff.
That long and winding road all led to this realization from Brooks: “It’s quite clear that Donald Trump has no loyalty to anyone or anything but himself,” he told AL.com this week.

This is not, by a long shot, the first time this observation has been made. And it is, of course, easy for Brooks to publicly say this now, when he is no longer in Trump’s good graces.

But it still is revealing of where Trump finds himself in this political moment.

The former President unquestionably remains the most dominant figure in the party. But the past month or so has shown there are limits to that dominance. While he boasts a strong endorsement record overall, Trump’s preferred candidates have lost several high-profile primaries recently, most notably in Georgia.
And even as he gives every signal that he wants to run for the White House again in 2024, other would-be contenders like Ron DeSantis, Mike Pence and Tom Cotton don’t appear to be scared off.

So for Trump, then, the rest of the 2022 primary season will be all about trying to exhibit a show of strength to shore up his own personal political standing ahead of the next presidential race — even if that means leaving one-time allies behind.

As Brooks put it: “Donald Trump just had his head handed to him by Georgia voters, having lost five major races that he endorsed in, and he’s trying to restore his brand. And he looked at who he thought had the best chance of winning and that’s who he endorsed. It had nothing to do with philosophy of government other than that, he abandoned the conservative movement and the MAGA agenda in order to try to improve the reputation of his brand.”

The Point: The Brooks saga crystalizes that loyalty is a one-way street for Trump, especially when he perceives his standing within the Republican Party as being at risk.