Analysis: There's good news and bad news about US government this week 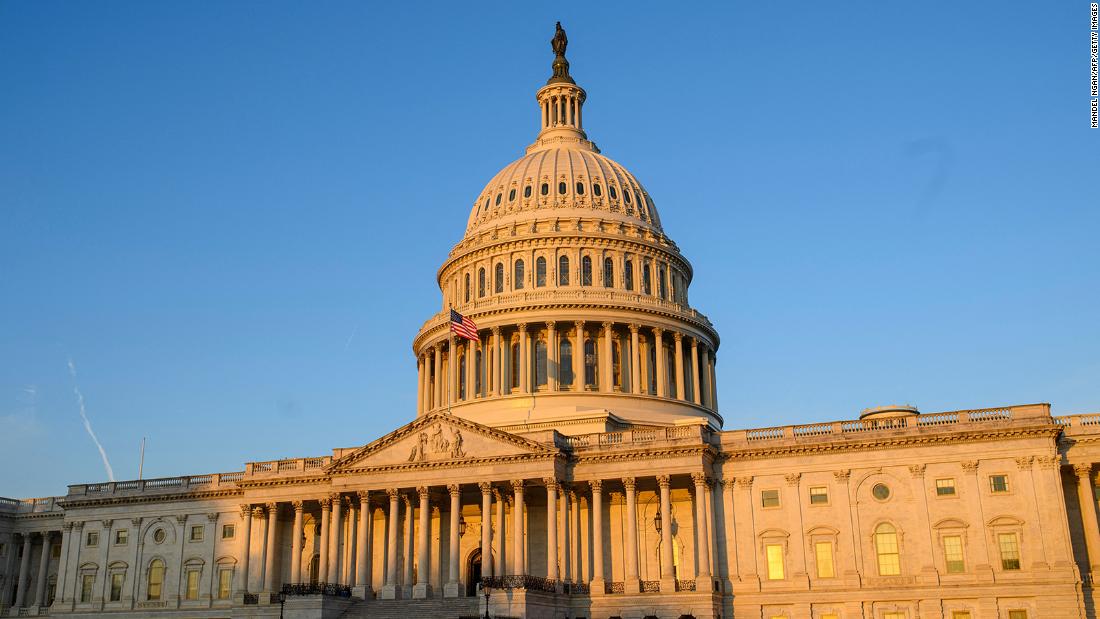 But it will also, via the January 6 committee, provide a glimpse into the growing reality that American democracy is not working like it should.

Ten Republican senators have publicly backed on principle a framework agreement to address the epidemic of gun violence in the United States.

That any Republican would publicly back a specific measure related to guns is news. That 10 Republicans — the exact number required to break the Senate filibuster their party can place on most major legislation — would do so together suggests a turning point of some kind.

What’s in the compromise?

The final legislative text must still be worked out, but CNN’s Lauren Fox and Devan Cole break down what’s in the deal.

What’s not in the compromise? A lot.

What’s not in the deal is much of anything to curb access to guns for most people. It would not reinstate the assault weapons ban as most Democrats would prefer. It would not raise the age to buy certain guns from 18 to 21.

While not a national standard, red flag laws are a key part of the current gun debate. New York’s red flag law failed to identify the 18-year-old shooter in the racially motivated rampage in Buffalo in May.

But this is a gun-related measure some Republicans will agree to. Read this CNN report on how the red flag law is working in GOP-controlled Florida and how authorities have seized thousands of guns there.

Who is losing guns from red flag laws? From CNN’s report: In just the last two months, (Pomponio) has taken away the firearm privileges of dozens of people, including a dad accused of threatening to “shoot everyone” at his son’s school, a woman who police say attempted suicide and then accidentally shot her boyfriend during a struggle for her revolver, a husband who allegedly fired multiple rounds in the street to “blow off steam” after losing a family member, a bullied 13-year-old witnesses overheard saying, “If all of 8th grade is missing tomorrow you will know why,” and a mother arrested for brandishing a handgun at another mom after a school bus incident between their daughters.

The deal is not done

Here’s where we should include the very important qualification that the compromise is not complete. There is no legislative text, but rather an agreement in principle.

Senate Minority Leader Mitch McConnell alluded to this important truth when he released a statement Sunday praising the deal, but noting there’s a long way to go.

“I continue to hope their discussions yield a bipartisan product,” he said, later adding that he’d like it to earn “broad support in the Senate.” He has previously suggested a successful bill should get most of the chamber’s approval rather than just enough Republicans to pass it.

Which 10 Republicans are on board?

While McConnell’s wish is for many Republicans to buy into the compromise once it is finalized, it’s worth looking in a smidge more detail at the 10 brave Republicans currently willing to sign on to the agreement.

Not up for reelection in 2022: Zero of those ten Republicans are going to be on a ballot in front of voters this year.

Not up for reelection anytime soon: Five of the senators were reelected to office in 2020 (Cornyn, Collins, Cassidy, Graham, Tillis)

Retiring: Four of the of the ten are retiring from the Senate in January (Portman, Blunt, Toomey and Burr).

Romney, the outlier, is up for reelection in 2024.

The point here is that Republicans’ movement toward this compromise will depend on how it is received in the coming days, and those with something immediate to lose are taking their time before committing.

Half voted for impeachment. There’s another way to look at the Republicans willing to work with Democrats on a compromise. Half of them (Burr, Cassidy, Collins, Romney and Toomey) were among the seven Republican senators who voted to convict former President Donald Trump at his Senate impeachment trial last year. That’s not to equate the guns debate with the impeachment debate; they are distinct. But it does suggest there is a small universe of Republicans who will buck the party.

The guns compromise shows that government can inch toward movement.

The January 6 hearings, though, provide counter-evidence that the political system is in a very dangerous place.

The select committee investigating the January 6, 2021, attack on the US Capitol plans to show in much greater detail how President Donald Trump tried to overturn the 2020 election and then incited the riot that interrupted the counting of electoral votes.

The real-time text messages of Republican lawmakers and conservative media pundits show that they knew the riot was dangerous as it happened. Their about-face in downplaying it in the 17 months since is politically expedient, but will make for some awkward moments at the hearings.

Rep. Liz Cheney, one of two Republicans who has joined with the committee investigating the insurrection, said House members who worked to overturn the election results asked for presidential pardons in the days after the January 6 riot. They feared legal exposure for their work on Trump’s behalf.

Monday’s hearing will focus on Trump’s effort to question the election process and will feature his former campaign manager, Bill Stepien, and Chris Stirewalt, the former political editor at Fox who was fired after backlash to the network’s accurate projection that Joe Biden would win Arizona. Read more.

However you feel about the gun-related developments and the January 6 inquiry, the window for action on both efforts is short. A large portion of the 10 Senate Republicans willing to act on guns will be out of office come January. Despite the allegations by the House January 6 committee that some Republicans attempted to undermine the previous election, the GOP is quite likely to ride frustration with the economy to a new House majority next year.