Average US gas price dips below $5 a gallon 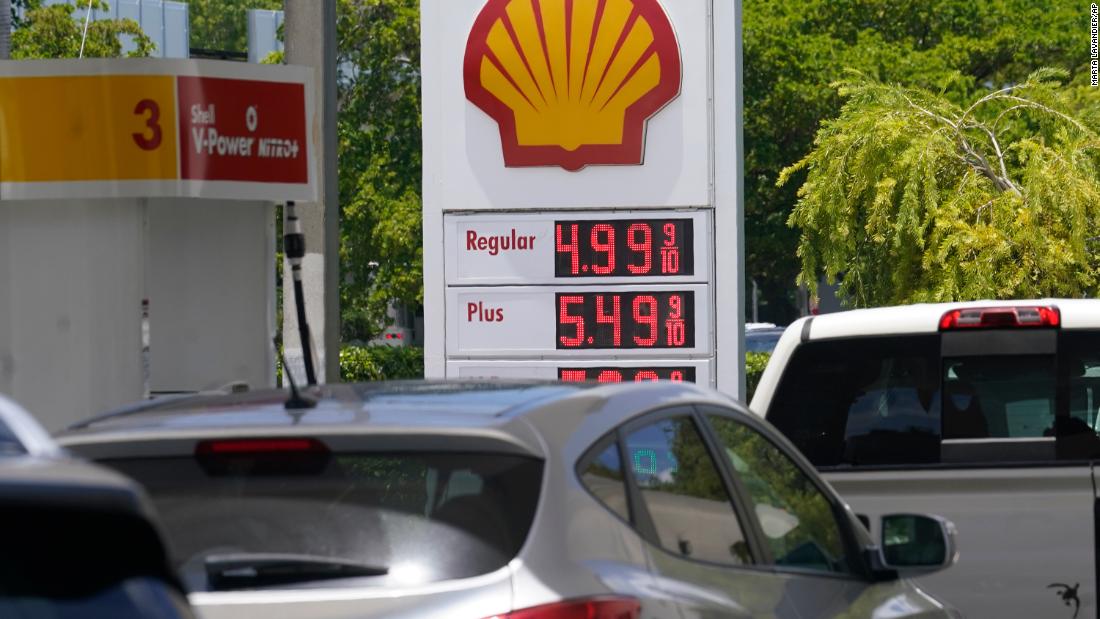 The average price Sunday was $4.98 a gallon, down from $4.99 in Saturday’s reading. The average gas price had been $5 or above for the previous seven days, the first time on record prices crossed that mark. It hit a high of $5.02 a gallon on Tuesday and has declined by a fraction of a penny each day since then.

But drivers shouldn’t get too excited. Beyond the fact that the drop from $5.02 a gallon to $4.98 saves only 80 cents on a 20 gallon fill-up, it’s very likely this is only a temporary retreat in gas prices.

With many schools about to let out and the summer travel season about to get into full swing, demand for gas — and prices — are likely to start climbing again soon. The average price of gas could approach $6 later this summer given current market fundamentals, said Tom Kloza, global head of energy analysis for OPIS, which tracks gas prices for AAA.

“Anything goes from June 20 to Labor Day,” Kloza said recently about the demand for gas as people hit the road for long-anticipated getaways. “Come hell or high gas prices, people are going to take vacations.”

Nearly a third of the 130,000 gas stations in AAA’s survey are selling regular gas for more than $5, according to data from OPIS. There are 17 states, plus Washington DC, where the average price is $5 or higher, with New Jersey only slightly behind with a $4.999 average. The highest priced state remains in California, where gas costs an average of $6.40 a gallon.

Gas prices have fallen much more slowly than they went up ahead of Tuesday’s record, reaffirming the old adage that gas prices go up like a rocket and come down like a feather. For the two months ahead of Tuesday’s record, the AAA average price reading rose 58 times in 60 days, adding 94 cents to the national average price. That’s a steady climb of nearly 2 cents a day, compared to less than a penny a day that the price has fallen since Tuesday.

Gas and oil prices have been a major strain for many consumers’ budgets. The typical US household buys about 90 gallons of gasoline a month, Kloza said, so with prices at an average $1.91 a gallon last year, the rise is costing the typical US household an additional $172 a month or more.
There are early signs the high prices could be forcing consumers to trim spending at other retailers, raising fears that it could be a factor causing the economy to slip into recession.