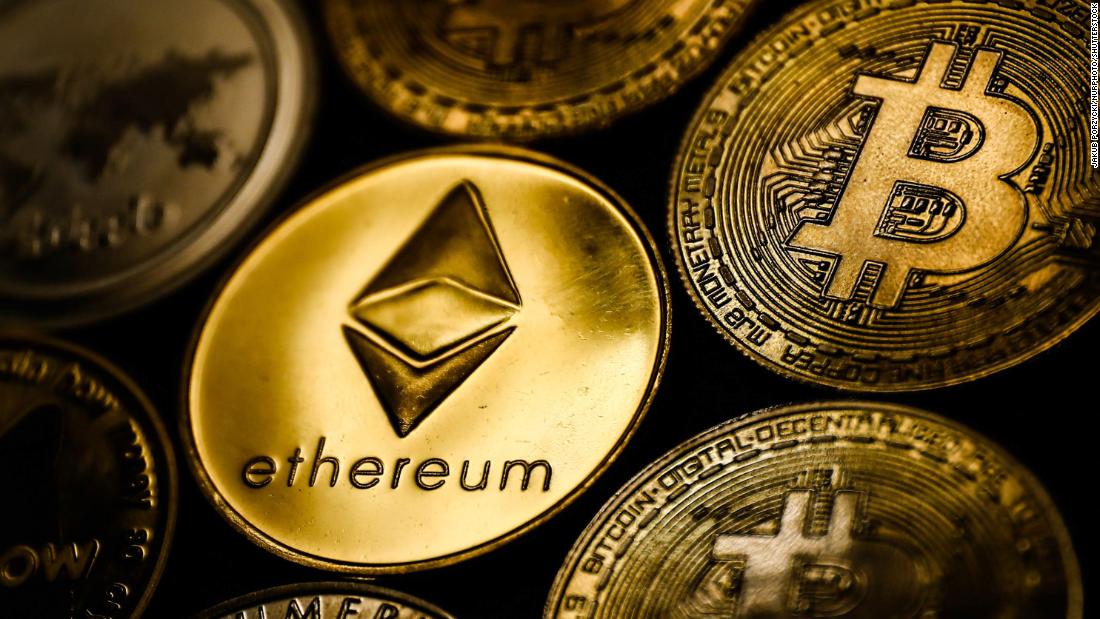 Bitcoin plunged nearly 10% in less than 24 hours, adding to a series of sustained losses over the last several months. It now sits below $20,000 for the first time since November 2020, down more than 70% from an all-time high of $68,000 per coin in November 2021. B itcoin has lost $900 billion in value since that peak.
Ether is also experiencing a so-called crypto winter. The second-largest digital token plummeted 10% on Saturday to $975, its lowest level since January 2021. The coin has lost 80% of its value from its record high last November.

This week, the Federal Reserve increased interest rates by 75 basis points, the largest hike since 1994. The change led to a retreat from all assets. The S&P 500 is also in a bear market and posted its worst week on record since 2020.

The crypto world is reeling from the $60 billion collapse last month of two other major tokens, Terra-Luna and Celsius. Those losses have increased doubts about the general stability of digital currency.

The pandemic brought a period of hypergrowth to the crypto sector as young investors suddenly flush with stimulus cash sought to invest in digital currency and meme stocks. Between March 2020 and November 2021 bitcoin’s price rose twelve-fold to $64,000.

Now, crypto-adjacent companies are struggling to survive. Coinbase laid off 18 percent of its employees in June. Gemini, BlockFi and Crypto.com also are cutting jobs.

Still, even at $20,000, about half of all bitcoin wallets are still sitting on profits, according to an analysis by the Columbia Business School cited by The New York Times. The study also found that 61% of bitcoin addresses had not sold anything in the last 12 months, suggesting that a total run on crypto may be avoidable.

It’s not unusual for crypto bear markets to draw down between 85% and 90%. In the last decade, two prolonged crypto downturns saw bitcoin lose more than 80% of its value. The coin bounced back — and then some.

If the current drawdown reaches those levels, with bitcoin hitting $10,000 and ether at $750, “things will start breaking,” said Jason Yanowitz, co-founder of Blockworks, a research platform for crypto investors, executives and builders. “A lot of companies today aren’t meant to operate at those prices.” But while he believes ether could hit a low of $750, he’s very doubtful that bitcoin will sink to $10,000.

Government officials in DC have grown increasingly concerned about what they see as a high-risk investment with so little regulation. U.S. Treasury Secretary Janet Yellen will meet with the CEOs of Wall Street banks next week to discuss “the need for responsible innovation in digital assets,” according to the Treasury Department.

Investing in cryptocurrencies is “not something that I would recommend to most people who are saving for their retirement,” Yellen said this week at a New York Times event. “To me it’s a very risky investment.”