Deshaun Watson settles 20 of the 24 lawsuits accusing him of misconduct, attorney for accusers says 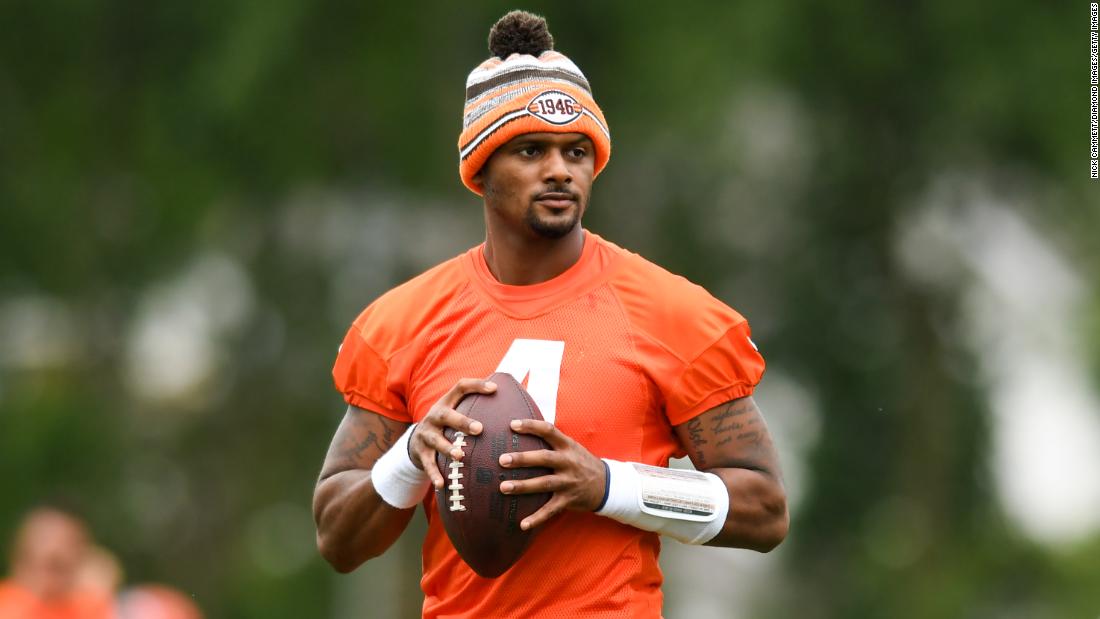 Attorney Tony Buzbee, who is representing all 24 of Watson’s accusers, announced Tuesday that all but four lawsuits have been settled and the cases will be dismissed once paperwork is finalized.

“We are working through the paperwork related to those settlements,” Buzbee said in a statement. “Once we have done so, those particular cases will be dismissed. The terms and amounts of the settlements are confidential. We won’t comment further on the settlements or those cases.”

The lawsuits filed by Watson’s first accuser, Ashley Solis, and three other women will be tried “in due course,” Buzbee said.

CNN has reached out to Watson’s attorney Rusty Hardin for comment but has yet to receive a response.

Meanwhile, Watson remains under investigation by the NFL, which could suspend him if it finds he violated the league’s personal conduct policy. NFL officials met with Watson for three days in May and have requested one more day, Hardin told CNN earlier this month.

The NFL told CNN in a statement that Tuesday’s “development has no impact on the collectively bargained disciplinary process.”

In the midst of the allegations, Watson was traded from the Houston Texans to the Cleveland Browns, reportedly receiving a five-year, fully guaranteed $230 million contract, which is the highest guaranteed contract ever awarded to an NFL player, ESPN reported.
The Browns defended the decision to sign Watson — who was facing 22 misconduct suits at the time — saying that they conducted a “comprehensive evaluation” beforehand.

Williams says she had two encounters with Watson in her apartment in August 2020. The first session was professional, her lawsuit says, but during the second he exposed himself and engaged in unwanted sexual conduct.

Hardin responded to the filing of Williams’ lawsuit, telling CNN earlier this month, “We are unable to respond to the new lawsuit at this time. Our legal team has not had time to investigate this new filing and had not heard her name until today. Deshaun continues to deny he did anything inappropriate with any of the plaintiffs.”

In March, two separate Texas grand juries declined to charge Watson after investigating allegations against him.
The first, in Harris County, investigated allegations of harassment and sexual misconduct and concluded there was not enough evidence to charge him with a crime. The second jury in Brazoria County considered evidence in a criminal complaint accusing Watson of sexual misconduct during a therapy session.