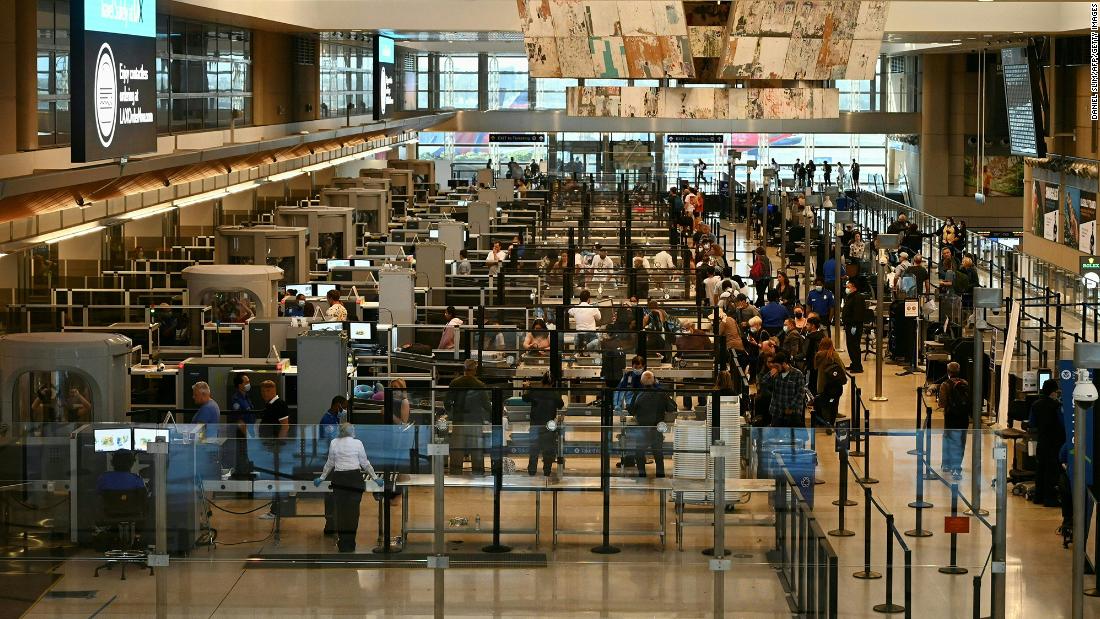 Tracking service FlightAware was showing that as of Monday evening about 2,200 flights were canceled worldwide. Only 380 of those cancellations were to, from or within the United States, representing less than 2% of all US scheduled flights.

That’s down from the 2,700 global cancellations Sunday. The situation improved even more for US flights, as it was down from more than 800 canceled flights on Sunday. From Thursday through Sunday more than 5,000 US flights were canceled by the airlines, or about 5% of their schedule.

With Juneteenth being observed as a federal holiday Monday, and the Father’s Day holiday on Sunday, traffic was brisk at airports over the weekend.

The 2.4 million travelers screened by the TSA at US airports on Friday was the most in one day so far this year, up 17% from the Friday before Father’s Day last year. Although that traffic is still 12% below 2019 levels, it’s more than four times the number of travelers ahead of the 2020 Father’s Day weekend.

Airlines have been limited in the number of flights they can schedule due to a shortage of staff. The major US carriers all offered buyouts and early retirement packages to cut staffing levels during the first year of the pandemic when demand for air travel plunged. They have had trouble bringing those staffs back to pre-pandemic levels, partly because it takes time to train and qualify new employees to fill pilot, flight attendant and mechanic positions. There are 13% fewer domestic flights available in June compared to June 2019, according to aviation analytics firm Cirium.

The tight staffing and scheduling has limited airlines’ ability to recover from bad weather events such as those that occurred across the nation last week. There were similar surges in flight cancellations during other holiday travel periods recently, including Memorial Day weekend and the year-end holidays.
The limited number of flights and strong demand from passengers has sent fares soaring. According to analysis of prices at the nation’s three largest airlines — American, United and Delta — conducted by Cowen, leisure fares are up 42% compared to a year ago for the week ending June 6.
The Consumer Price Index, the government’s leading inflation measure, estimates that overall fares were up 37.8% in May compared to a year ago, and up 21.7% compared to May of 2019, ahead of the pandemic.

Correction: An earlier version of this story misstated the number of global flight cancellations for Sunday. It was 2,700.