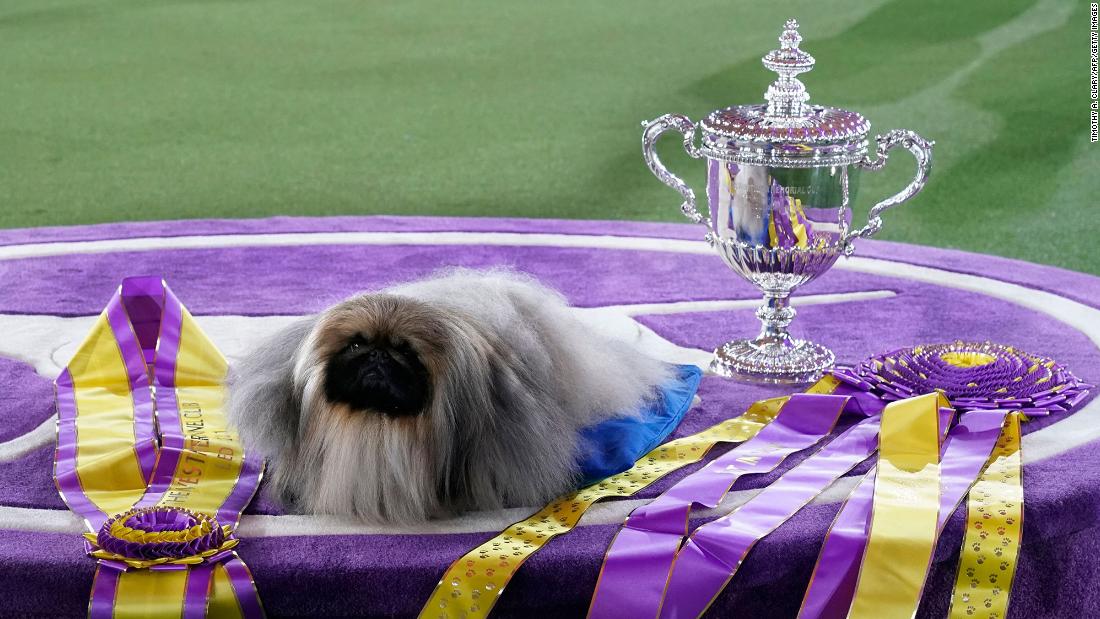 The Westminster Kennel Club Dog Show is the second oldest continuous sporting event in the United States after the Kentucky Derby. The Westminster Kennel Club was formed in the 1870s by a group of dog fans meeting at the Westminster Hotel. In 1876, they decided to launch an annual dog show, and in 1877 they presented their first show in New York City.
Today, the show is a multi-day competition bringing together thousands of dogs from across the nation. Hundreds of dog breeds are categorized into seven groups: Sporting, Hound, Working, Terrier, Toy, Non-Sporting and Herding.

Each canine competitor will first compete for Best in Breed. The winning dogs will then move up to Best in Group and finally Best in Show.

When and where is the Westminster Kennel Club Dog Show?

The Westminster Kennel Club Dog show will start on Saturday, June 18 at the Lyndhurst Estate in Tarrytown, New York. This is the second year in a row that the show has been held at Lyndhurst instead of its usual home at Madison Square Garden in New York City. The competition was relocated due to concerns about COVID-19, according to a press release.

Saturday’s contest is the Masters Agility Championship, with preliminaries taking place from 8:00 a.m. to 4:00 p.m. The final competition takes place from 7:00 p.m. to 9:00 p.m.

The competition will pick up again on Monday, June 20, with the Masters Obedience Championship and the judging of Hound and Herding breeds. Both contests will take place from 8:00 a.m. to 4:30 p.m.

On Tuesday, June 21, spectators can watch the judging of Toy, Terrier and Non-Sporting breeds and the Junior Showmanship Preliminaries, in which children show off their dog handling skills, from 8:00 a.m. to 4:30 p.m. Afterward, the judging of the Hound, Toy, Non-Sporting and Herding Groups takes place from 7:30 p.m. to 11:00 p.m.

Finally, the winners from each of the seven groups will compete for Best in Show.

How can I watch the Westminster Kennel Club Dog Show?

Spectators hoping to watch the action live can still purchase tickets for the show online. But if you can’t make it to Tarrytown, don’t worry: The show will be streaming on westminsterkennelclub.org, the WKC App and FOX Sports App.

FOX Deportes will provide Spanish-language coverage of the competition, and Canadian dog lovers can watch the show on Sportsnet.

Nearly 3,500 dogs will take part in the competition, according to the Westminster Kennel Club. Participants are invited to compete based on strict entry requirements, including how many other dogs they’ve defeated in breed competitions. Dogs can also become eligible if they have won a certain number of major show awards.
A total of 209 breeds and varieties of dogs will compete for Best in Show. This year, there are two new breeds eligible for the award: the Mudi, a Herding group dog from Hungary, and the Russian toy, a small competitor in the Toy group once popular among the Russian aristocracy.

There will be 70 golden retrievers, 49 labrador retrievers and 46 pugs in attendance, making these the most represented dogs at the show.