Here's what we know about Patriot Front, its young leader and how it's different 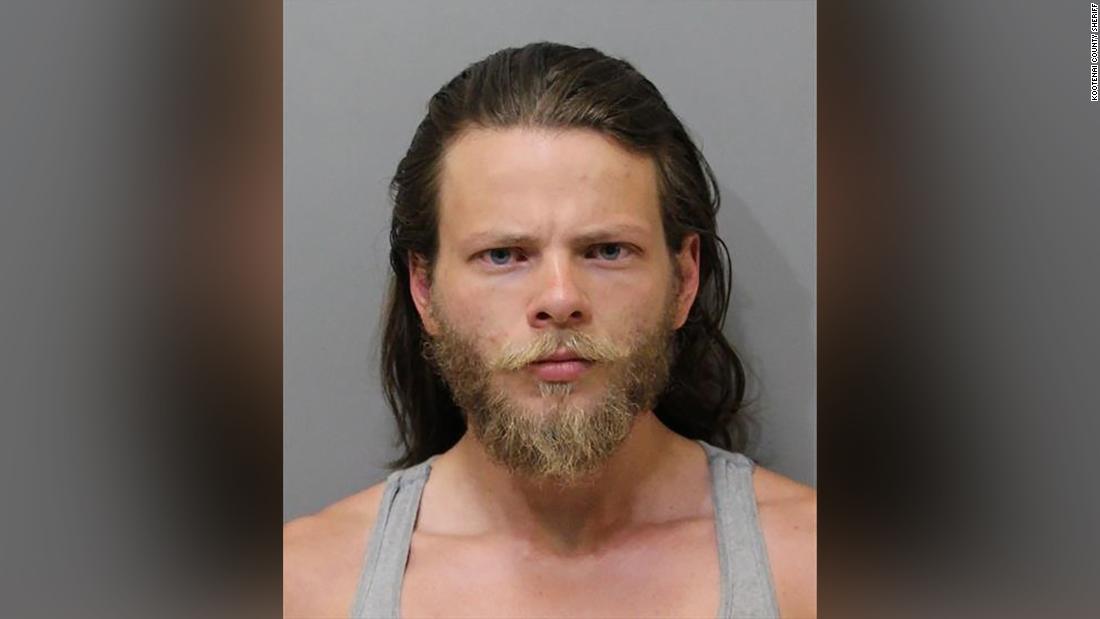 “It is clear to us based on the gear that the individuals had with them, the stuff they had in their possession, the U-Haul with them along with paperwork that was seized from them, that they came to riot downtown,” Coeur d’Alene Police Chief Lee White said.

Most of the men arrested had logos on their hats “consistent with the Patriot Front group,” and some had other clothing associated with the White supremacist group, White said.

Here’s what we know about Patriot Front — and what makes it different from other groups:

How did Patriot Front start?

Patriot Front “is a white nationalist hate group that formed in the aftermath of the deadly ‘Unite the Right’ rally in Charlottesville, Virginia,” the Southern Poverty Law Center said.

“The organization broke off from Vanguard America (VA), a neo-Nazi group that participated in the chaotic demonstration,” the SPLC said.

What do Patriot Front members believe?

“Patriot Front is a white supremacist group whose members maintain that their ancestors conquered America and bequeathed it to them, and no one else,” the ADL said.

“Patriot Front justifies its ideology of hate and intolerance under the guise of preserving the ethnic and cultural origins of its members’ European ancestors.”

The group’s manifesto claims those in America who are not of European ancestry are not truly American.

“An African may have lived, worked, and even been classed as a citizen in America for centuries, yet he is not American. He is, as he likely prefers to be labeled, an African in America,” Patriot Front’s website said.

“The same rule applies to others who are not of the founding stock of our people, or do not share the common unconscious that permeates throughout our greater civilization, and the European diaspora.”

Who is Patriot Front’s leader?

Rousseau, who grew up in suburban Dallas, founded Patriot Front when he was a teenager, according to the SPLC.
“While working for his high school newspaper, Rousseau frequently wrote opinion columns in support of conservative topics including the controversial ‘campus carry’ law in Texas and North Carolina’s since gutted ‘bathroom bill.’ He was also an ardent supporter of Donald Trump during the 2016 election,” the SPLC said.

“Under Rousseau’s direct leadership, Patriot Front’s Texas chapter is its most active — relying mostly on flyering, banner drops and occasionally demonstrations. When the organization ventures off the internet, its activities are primarily conducted in the dead of night, anonymously.”

After the arrests in Idaho on Saturday, CNN reached out to legal representation for Rousseau but did not immediately hear back.

What are the goals of Patriot Front?

“I think when you look at the past actions of the Patriot Front, they’re varied,” former FBI Deputy Assistant Director Peter Strzok told CNN on Monday.

“A lot of what they do is designed for image — for creating propaganda that they can use to spread their message to recruit more followers,” Strzok said.

“So in the past, what we’ve seen from a lot of their activities (is) not so much intent on engaging in violence as much as engaging in protests. Certainly, hateful speech, for sure, but this is much more a group that’s designed for image and for creating a public spectacle.”

But Strzok said there’s always a key question with such groups: “Is there a trigger point where their intention is to move from simply protesting to violence?”

He said it’s not clear what may have happened at the Pride parade in Idaho.

“The real question in my mind is their intention for what they were going to do that day,” Strzok said.

How is Patriot Front different from other White nationalist or White supremacist groups?

“A central tactic to Patriot Front is ‘flash demonstrations’ — privately planned and unannounced events that allow groups to promote their beliefs while limiting the risk of individual exposure, negative media coverage, arrests and public backlash,” the ADL said.

“These flash demonstrations are mainly orchestrated for a quick photo and video opportunity that is then turned into online content.”

And Patriot Front “has declined to participate in large rallies with other hate groups, preferring instead to work with small, local chapters that allow Patriot Front to remain the center of attention while controlling their message and presentation,” the SPLC said.

Strzok said he’s worried the country might be in a new phase of extremism.

“I think there’s certainly a lot of personal grievances out there across America. And what particularly concerns me right now is you see a lot of people — both political leaders as well as some in the media — who are tacitly encouraging not violence, but certainly these extremist beliefs,” the former FBI official said.

“Whether it’s replacement theory, which plays into a lot of the White nationalist propaganda, whether it’s political figures using images of violence, I think that’s encouraging or accepting behavior that in the past we had moved away from,” Strzok said. “So I am worried that people who are inclined to violence … might be driven to violence.”

CNN’s Chuck Johnston and Andy Rose contributed to this report.