How to be a better ally to the LGBTQ community 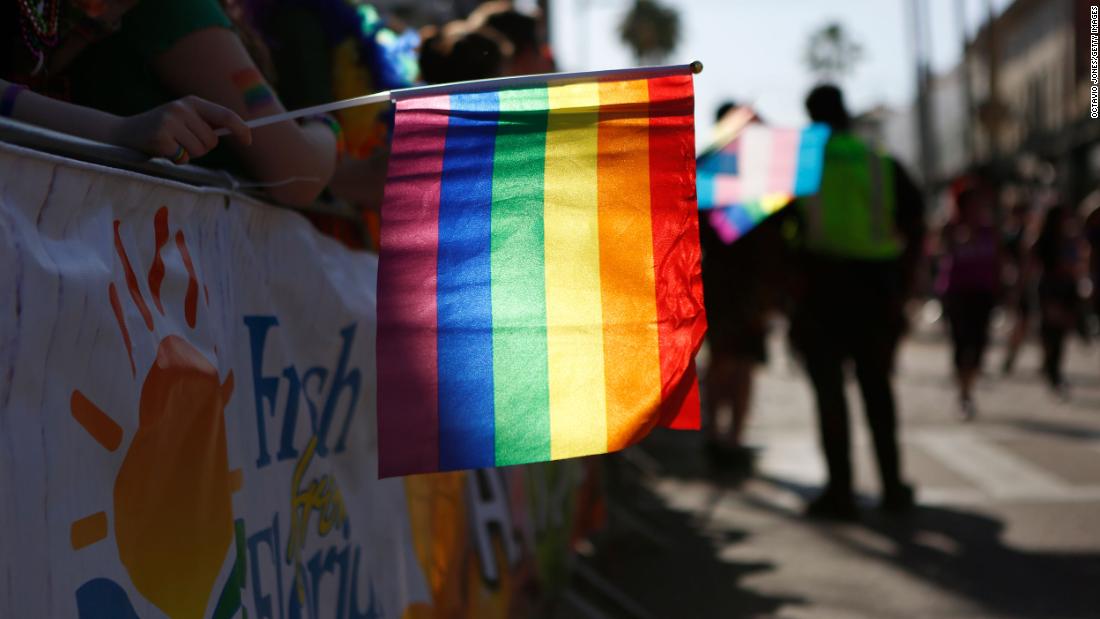 “I never said anything,” Salas told CNN. “I just kept on with my transition because I was an adult, and I didn’t feel that I had to explain it to anybody.”

But Salas’ transition period was not without difficulty. In the mid-1980s, she began working for New York City’s Department of Social Services.

“When I first went there, I didn’t have the money to legally change my name, so I had to work under a boy’s name,” Salas said. “My first month there, one of the managers called me up and he says, ‘Let me tell you this, you need to cut your hair. You need to hide your breasts, become a male because you’re not gonna get any promotions whatsoever.’ “

Salas filed a complaint immediately and began working on becoming a caseworker. When her union benefits kicked in, she could finally afford to change her name legally.

Salas, now 70, went on to work as a social worker for 29 years before retiring in 2014. Today she puts her experience to use helping with a social group for transgender older women.

“We have become a little close-knit family,” she said. “We exchanged personal phone numbers with each other. We check on each other.”

Older people in the LGBTQ community are especially in need of support, both from each other and the outside community. According to SAGE, an organization specializing in elder LGBTQ adults, they are twice as likely to live alone and four times as likely not to have children.

“Loneliness, in the community is very prevalent because many people didn’t have supportive families. So, we made our own families within the community,” Salas said. “A majority of all my friends that I was out with as a gay man, then as transgender, are all deceased. Many of my friends are heterosexual women now.”

June is Pride Month, a celebration of LGBTQ communities. It’s also a chance to raise awareness of issues the community faces and ways those outside the community can show support.

There are many resources available that offer guidance for people in the LGBTQ community who might be struggling. Organizations such as the Trevor Project and SAGE provide advice, support and resources.

But many LGBTQ organizations can also help those outside the community who want to become better allies.

If a person is looking for ways on how to improve as an ally, here are a few things to keep in mind:

Creating an inclusive environment in the workplace begins with recognizing that different hierarchies and places of privilege are already established. Not everyone is on the same playing field.

Hudson Taylor, CEO of Athlete Ally, said people need to “think about who is being treated as credible and not, who is being given visibility and not within a workplace environment on a given project.”

Taylor’s journey as an ally began when he was a highly ranked college wrestler who also happened to be majoring in theater.

“I was always straddling these two very different worlds,” Taylor said, “one where I had LGBTQ friends who were coming out in the theater department and being treated with dignity and respect, and the other where I had teammates using homophobic and sexist language.”

He decided to show his alliance by putting an LGTBQ sticker on his wrestling headgear, and the support he received was overwhelming. It inspired him to start Athlete Ally with the goal of making sports more inclusive.

Taylor said his own sense of alliance, like so many other people’s, developed over time.

“It starts with that kind of inner work, inward work. And I would say it really goes in three stages,” he said. “There’s analysis, awareness and action. That analysis is really analyzing your place or privilege — really just trying to analyze your relationship to the harm being done. I think from there, it’s about trying to get better educated; knowing the do’s and the don’ts and what would be helpful to be the best ally possible is critical.”

One immediate action that people can take is paying attention to pronouns and using them correctly. Doing so is a sign of respecting gender and identity. As the Trevor Project lays out in “A Guide to Being an Ally to Transgender and Nonbinary Youth,” no one should assume someone else’s pronouns. The guide offers suggestions such as asking or introducing personal pronouns when meeting someone.

Get educated about the LGBTQ community

If you have children or other loved ones who are a part of the LGBTQ community, being supportive can have a positive impact on their mental health. The Trevor Project found that among cisgender, transgender and nonbinary LGBTQ youth, the top supportive action that parents or caregivers can do is “being welcoming and kind to youths’ LGBTQ friends or partners,” according to its website.

Another top action people can do is educating themselves about the LGBTQ community and issues.

Taking time to learn about the issues and people of the LGBTQ community can help them because often they are forced to “bear the burden of educating others about their identities and lived experiences,” said Amit Paley, the Trevor Project’s CEO and executive director.

“It’s (OK) if you are not an expert on LGBTQ topics just yet — start by listening without judgment, practicing empathy, and seeking resources from organizations like The Trevor Project.” Paley wrote in an email to CNN.

Having a more inclusive world requires work. SAGE CEO Michael Adams said via email that doing so can start with one simple thing, “Raise your voice when needed and vote!”

“There are so many attacks against our community, especially against trans young people, and so many discriminatory laws and policies being enacted,” Adams wrote. “It takes all of us as a larger community to come together for change.”

Athlete Ally’s Taylor said that trust is among the most important factors trans athletes cite in whom they consider as allies.

Being an active ally is a journey, so it’s important to acknowledge there are always things to learn and ways to improve.

“I think that sometimes when people just project as if they are, you know, that their allyship is above reproach, that is disingenuous,” Taylor said. “(Find) ways to acknowledge the work that we have to continue to do to be the best allies possible. Find ways of being vulnerable about your shortcomings.”

Taylor said also to be mindful of these weaknesses not just when thinking about the LGBTQ community but in being an ally with all people.

For Salas, two things quickly come to mind when asked about the qualities she sees in allies — being nonjudgmental and respectful.

“What I call my cheerleaders — (they are) very supportive, very helpful,” she said. “They’re always asking me, ‘Do you need anything? How can we help? What could we do?’ “

Pride Month might only be four weeks long, but the LGBTQ community and other minority groups face challenges and discrimination every day.

“You have to be confident because it’s not an easy life,” Salas said. “It’s not a life that we choose. This is the life that we all were born into.”

If you or someone you know needs help or support, the Trevor Project’s trained crisis counselors are available 24/7 at 866-488-7386, via chat at TheTrevorProject.org/Get-Help, or by texting START to 678678.