How to recession proof your portfolio 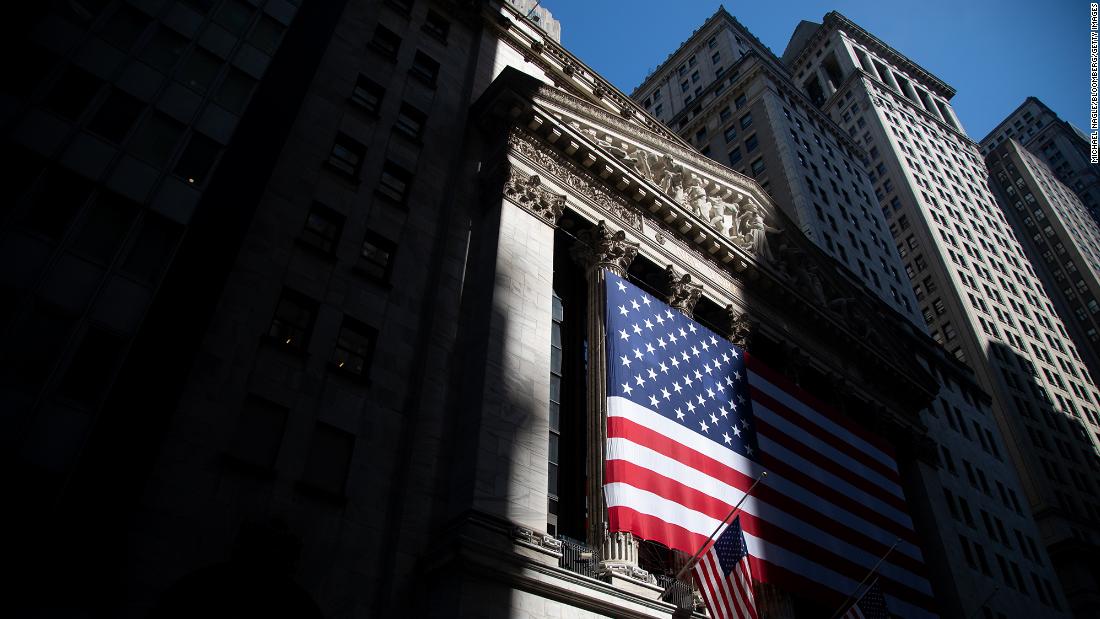 That may or may not be true, but Wall Street clearly disagrees. Uber’s (UBER) stock has lost more than half its value this year.

But with fears of a recession mounting due to runaway inflation and continued plans from the Federal Reserve to jack up interest rates, now may be the time for investors to find true “recession resistant” stocks.

Typically, shares of electric and water utilities, consumer staples like food and drinks (both booze and non-alcoholic) hold up better in a downturn, especially since many of those stocks pay steady dividends.

Analysts at Wells Fargo said in a midyear market report this week that they now “favor a full, market-weight allocation” of consumer staples and utilities stocks “due to their traditional resilience in a slowing economy.”

Shares of electric and natural gas companies Sempra (SRE), ConEd (ED), Exelon (EXC) and American Electric Power (AEP) are all up slightly for the year.
Utilities and staples are considered essential items. You may not go on an expensive vacation or out to dinner as often in a recession. But you’re still going to pay the bill to keep the lights on and buy Coke (KO), some General Mills (GIS) cereal and Kraft (KHC)mac & cheese at the supermarket.

“Food staples are hard to substitute and the last items on which households tend to cut spending,” said analysts at BNP Paribas in a report this week, adding that “a fall in demand is unlikely” despite “the breadth of food price increases.”

The Wells Fargo analysts added in their report that food and staples retailers, i.e. supermarkets, are now on their list of “favorable sub-industries” within the broader consumer sector “because we expect this group to benefit from an increasingly value-conscious consumer.”

To that end, grocery store giant Kroger (KR) reported better-than-expected sales and earnings Thursday morning and also provided an upbeat outlook. The stock fell along with the broader market Thursday, but shares are still up 9% this year. The S&P 500 is down 23%.
Several other food and beverage companies also are bucking the broader market’s downward trend. Shares of Molson Coors (TAP), Hershey (HSY), Kellogg (K) and Campbell Soup (CPB) are all in green this year.

And then there’s oil. Energy stocks have been big market winners this year, largely due to the spike in crude prices that’s taken place since Russia’s invasion of Ukraine.

Chevron’s (CVX) stock, which is now one of the largest holdings of Warren Buffett’s Berkshire Hathaway (BRKB), has soared more than 30% this year, making it the best Dow performer. Buffett-backed Occidental Petroleum (OXY) is the top stock in the S&P 500. It has nearly doubled.

Even though there are growing concerns about surging oil and gas prices potentially pushing the economy into recession, some experts still think energy stocks will hold up better than other parts of the market.

“Profits in the energy sector are rising much faster than the sector’s overall valuation, so there remains plenty of upside,” David Trainer, CEO of investment research firm New Constructs, said in a report.

“We believe energy prices will remain elevated for the foreseeable future, as demand for fossil fuels is not declining as fast as people think and alternative energy is not as available as people think,” Trainer added.

So with all due respect to Uber’s CEO, the recession resistant companies of old are likely to remain the best stocks to own now if you’re worried about a possible downturn and are looking for a safe haven.