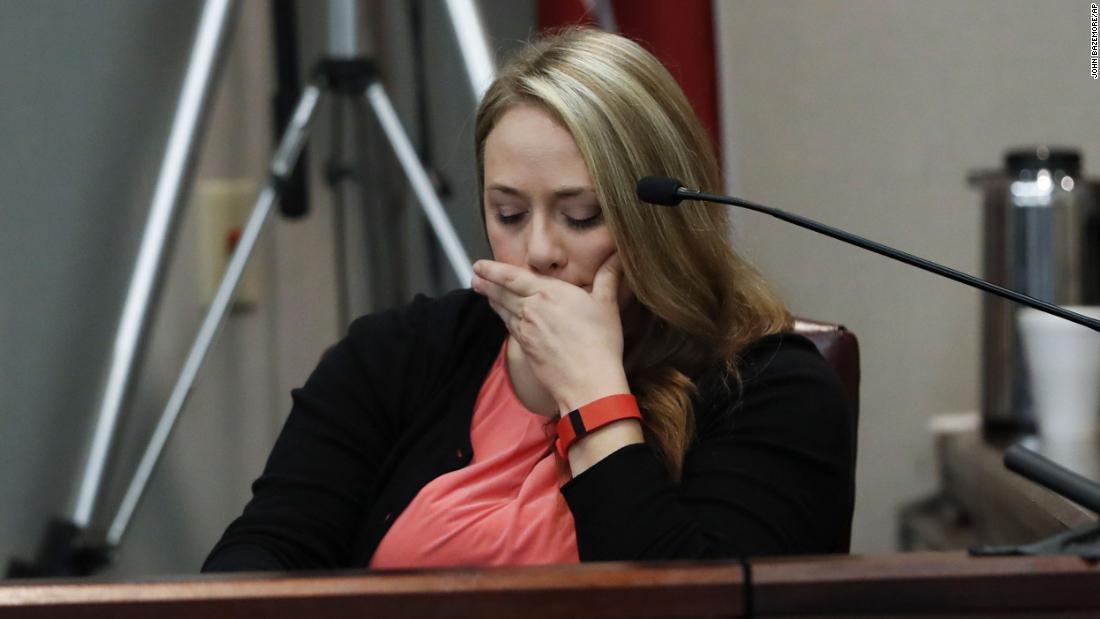 In 2016, Taylor took the stand at the trial of Justin Ross Harris, the Georgia father sentenced to life without parole for the 2014 hot-car death of their son. She described Harris as a “very involved” parent who never expressed anger or malice toward Cooper.

“That he was wanted, that he was loved and that he is missed every single day,” she said in a statement released by her attorney Lawrence Zimmerman.

Georgia’s highest court ruled 6-3 that evidence submitted by prosecutors of Harris’ extramarital sexual relationships — which the state portrayed as the motivation behind his decision to kill his son — had unfair prejudicial impact on the jury.

“Because the properly admitted evidence that Appellant maliciously and intentionally left Cooper to die was far from overwhelming,” the court’s opinion said, “we cannot say that it is highly probable that the erroneously admitted sexual evidence did not contribute to the jury’s guilty verdicts.”

Taylor has insisted that Harris did not intend to kill their only child since that hot summer day in June 2014 when he strapped Cooper into his rear-facing car seat in the back of his SUV and left him there for seven hours. That’s what she told police that day — and what she later testified at Harris’ trial.

She still believes that.

“While this will not change anything about my day-to-day life, I do hope it shows people what those closest to the case have been saying from the beginning,” Taylor said in the statement.

“Ross was a loving and proud father to Cooper. At the same time Ross was being a terrible husband. These two things can and did exist at the same time.”

The Georgia Supreme Court only reversed Harris’ convictions regarding the crimes against his son. Harris had not challenged the others in his appeal, the ruling said, and they remain in place.

Harris was sentenced to 12 years in all on those three charges: Ten years for one count of attempt to commit sexual exploitation of a child, and one year each for two counts of dissemination of harmful material to a minor, according to the court’s ruling.

The Cobb County District Attorney’s Office plans to file a motion for the court to reconsider its ruling, the office said in a statement, declining further comment.

In June 2014, Harris strapped Cooper into his car seat and drove from his family’s home to a nearby Chick-fil-A.

Instead of dropping his son off at day care afterward, he went to work, parked and went inside, leaving Cooper strapped in the car for the next seven hours.

He stopped by the SUV early that afternoon and left some light bulbs he had purchased on the front passenger seat. But it wasn’t until that afternoon while he was driving to a nearby movie theater that Harris said he noticed his son was still in the car. He pulled into a shopping center parking lot, pulling the child’s body from the SUV.

While witnesses at the scene said Harris appeared distraught, Cobb County prosecutors argued at trial he intentionally left Cooper locked inside his car that day so he could be free of family obligations.

The state described Harris as living a “double life.” In one, Cooper was a loving father and husband to his wife, family and friends. But he was also engaged in online sexual communication with multiple women — including two underage girls — while also carrying on extramarital sexual encounters in public.

Defense attorneys countered that Cooper’s death was a tragic accident caused by his father’s lapse in memory.

In her statement, Taylor said “overreaching” Cobb County prosecutors and “their misuse of power” ultimately led to the high court decision.

“It’s been 8 years since Cooper died and children have continued to die the same way every year,” she added. “Wasting precious resources prosecuting the parents that this happens to is not the answer.”

Taylor urged legislators to “put the money into what could actually save the lives” with laws requiring devices that can “stop these tragedies.”

Analysis: Boris Johnson is deep in another crisis. This time, it really could be over

Analysis: Boris Johnson is deep in another crisis. This time, it really could be over