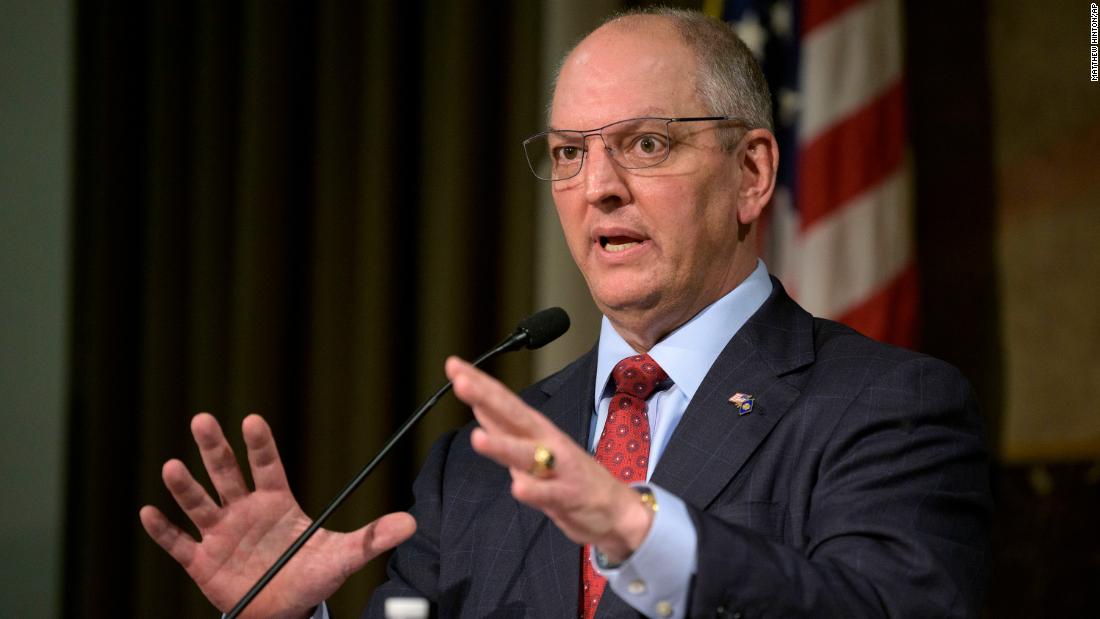 The so-called “trigger law” allows for more exceptions to the 2006 version of the state’s abortion ban, but still does not make an exception for a pregnancy that is the result of rape or incest, and would impose harsher criminal penalties to anyone who performs an abortion.

In an announcement, Gov. John Bel Edwards said that although he objected to the lack of exceptions, he signed the bill anyway.

“I am pro-life and have never hidden from that fact,” Edwards, a rare Democrat who opposes abortion rights, said in a signing statement dated Saturday. “This does not belie my belief that there should be an exception to the prohibition on abortion for victims of rape and incest.”

He argued that vetoing the bill would “not accomplish that end” and would leave in place even more restrictions than the ones outlined in the new legislation.

The new law allows for legal abortion in the case of an ectopic pregnancy, a rare event in which the fertilized egg implants outside the uterus and cannot survive. It also allows an exception for any pregnancy in which two doctors conclude that the fetus would not be able to survive after birth.

Additionally, the law permits the use of emergency contraception — also known as “morning-after” pills — that can be taken shortly after sex to prevent pregnancy.

Senate Bill 342 has harsher penalties for anyone who “commits the crime of abortion,” imposing up to 10 years imprisonment and $100,000 in fines. Under the new law, a physician who performs a late term abortion, which is defined as when the gestational age of the fetus is 15 weeks or more, is subject to up to 15 years in prison and fined up to $200,000.

The law directs the closure of abortion facilities if Roe v. Wade is overturned and abortion is prohibited in the state. It blocks localities from enacting ordinances that are less stringent than the state’s abortion laws, but allows for localities to enact ordinances stricter than state laws.

The law also ensures that the state’s abortion laws are “severable in nature just in case one is ruled unconstitutional at any time,” the bill’s main sponsor, Democratic state Sen. Katrina Jackson, said during a committee hearing last month.

The goal of SB 342, according to Louisiana National Right to Life, is to make sure that the “trigger law” isn’t interpreted in court to be precluded by other abortion bills that have been passed after 2006.

The White House earlier this month lambasted the Louisiana state legislature for passing the bill, calling it “extreme” and “the latest step in a growing attack against the fundamental freedoms of Americans.”

Louisiana and several Republican-led states have enacted legislation in anticipation that the Supreme Court’s conservative majority will overturn Roe v. Wade and leave it up to states to regulate abortion.

Last week, Edwards also signed a bill into law that bans the sale or distribution of drugs used in a medication abortion without a prescription and creates criminal penalties for doing so. The bipartisan bill also blocks drugs used in medication abortions to be delivered to Louisianians via mail. Under the bill, women would not be subject to criminal penalties for having or taking the drugs.

The bill would not apply to “contraceptive drugs or devices, Plan B or the morning-after pill,” or “other emergency contraception.” The law goes into effect on August 1.