Manchin says bipartisan gun agreement takes 'no rights away, no privileges away' 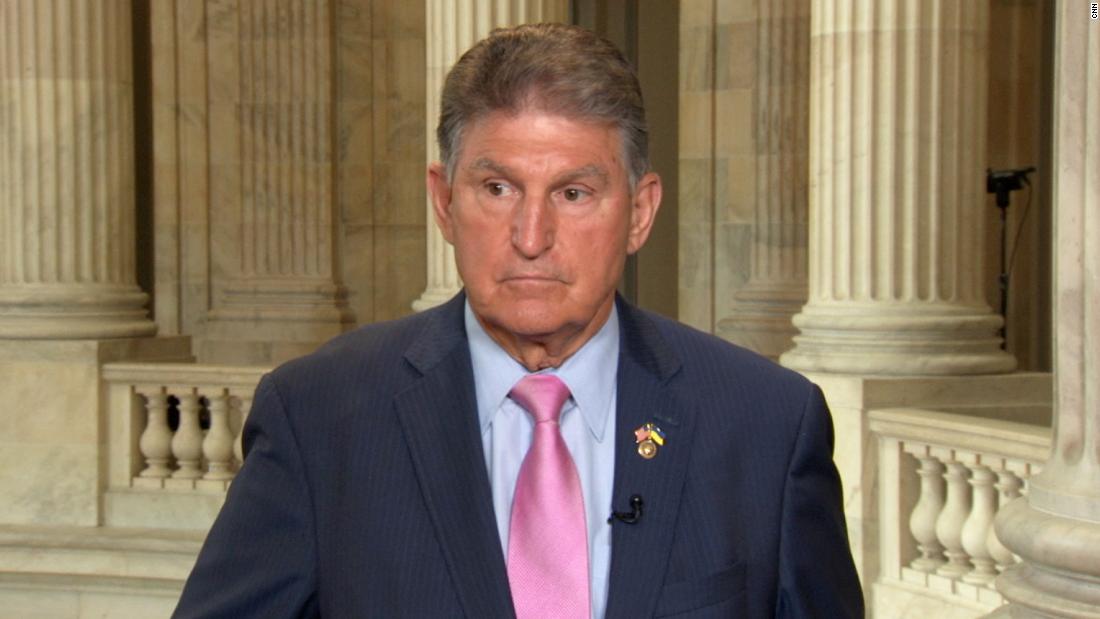 “It’s based around children. It’s based around prevention and intervention. That’s what it’s based about. So we have to take what we have as a positive, and work off of this. This piece of legislation as drafted should not be threatening to any law-abiding citizen in the United States of America. Not one,” Manchin told CNN’s Jake Tapper on “The Lead.”

“And no law-abiding gun owner should be offended by this. We take no rights away, no privileges away. We don’t basically threaten you’re going to lose anything at all, except maybe if we don’t do this, you might lose a child or a grandchild,” he added.

Manchin is part of a bipartisan group of senators that has announced an agreement on principle for gun safety legislation. The deal includes “needed mental health resources, improves school safety and support for students, and helps ensure dangerous criminals and those who are adjudicated as mentally ill can’t purchase weapons,” the group said in a statement Sunday.
Notably, the announcement includes the support of 10 Republican senators, which would give the proposal enough backing to overcome the Senate filibuster. Asked Monday if he thought GOP support would waver moving forward, Manchin maintained, “I truly believe in my heart of hearts we’ll have more than 10 Republicans.”

“So many of my good friends and colleagues on the Republican side have stepped forward, looking at a most reasonable pathway to do something that will protect the children of America,” Manchin told Tapper.

On Monday, Sen. Chuck Grassley of Iowa, the top Republican on the Judiciary Committee, spoke positively about the broad points in the framework for gun violence legislation but cautioned he would have to see the final text before deciding how to vote.

“I think they are very reasonable, but you are going to have to see what the text says,” Grassley said in the Capitol. Initially, when he had been asked if he would support the proposal, he snapped at a reporter, “Who would be stupid enough to say they support something without seeing the text?”

He added later that “a lot of it will come down to how this is drafted.”

Their comments underscore that writing the legislation remains one of the biggest factors for the bipartisan group. Still, Democrats are keeping an ambitious goal: Draft the bill and keep Republicans on board before the next recess, aides tell CNN.