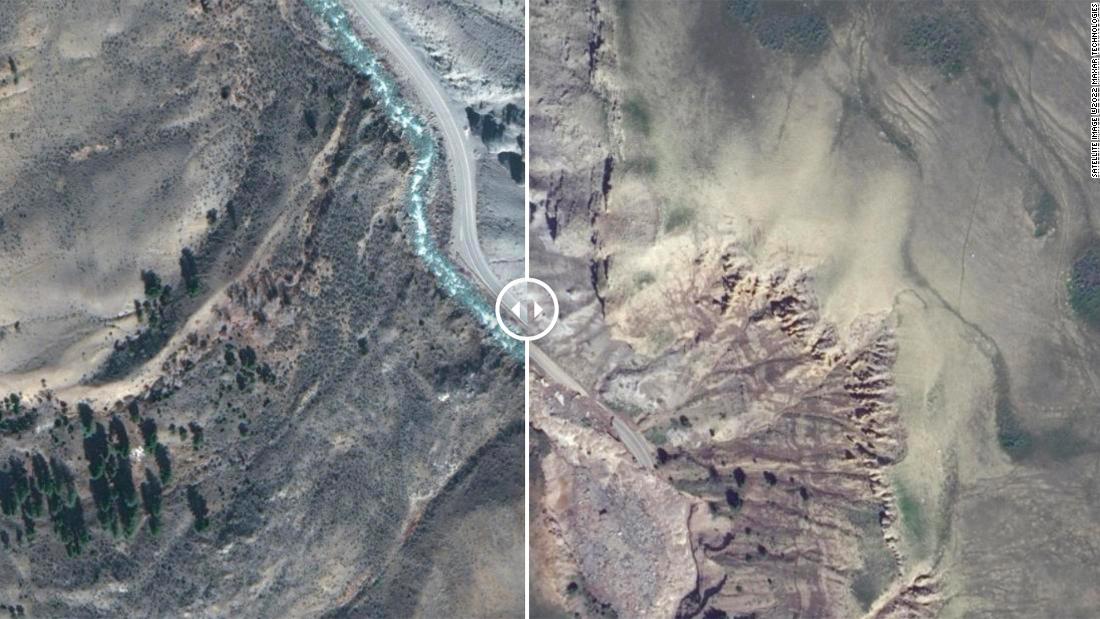 The images were taken on June 15th, just two days after the floods rushed through the river valleys in Wyoming and Montana.

The dangerous flooding, fueled by heavy rainfall and snowmelt, began to inundate the park and several surrounding communities on Monday, overtaking essential roadways and bridges.

The videos that surfaced Monday show a bridge crossing the Yellowstone River swept away by flood waters just north of the town of Gardiner, Montana. You can see where it once stood in the before and after imagery shown below.

The images below show that flooding in the Gardner Canyon by the Gardner River was so intense that it altered the river’s course. This part of Highway 89, which ping-pongs across the banks of the river, is inside Yellowstone National Park.

Parts of the road have disappeared in the flooding.

A close-up satellite image shows the deep cuts into the earth caused by the flood waters.

The flooding has had an enormous impact on Yellowstone. The park’s northern region, which bore the brunt of the flood damage, is expected to be closed for a “substantial length of time,” which will likely go through the end of the season, the park.