Opinion: For my community, a single soccer goal captures the joy of gender inclusivity 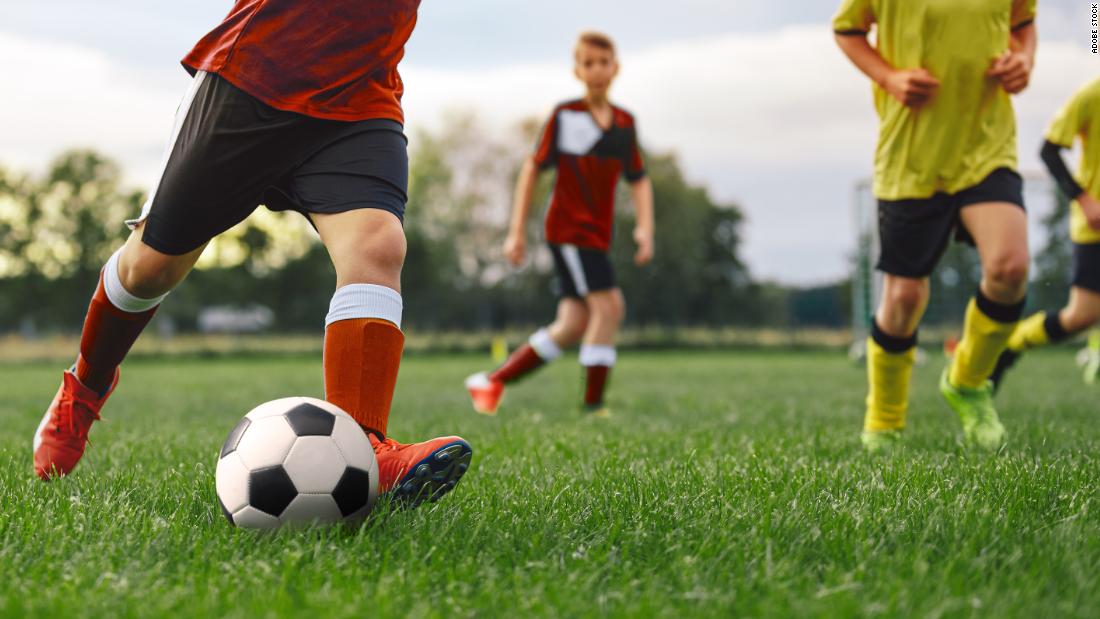 The kids jumped up and down, sprinting around the field with their arms pumping in the air. I burst into tears. Other parent coaches near me and a cacophony of adults watching from the other side of the field were screaming at the top of their lungs.

At age 8, my athletic and fun-loving kiddo, to whom I’ll refer as E, announced to my co-parent and I, “I’m a they!” When they did, their world expanded in a major way. So did their ability to move through daily life with a grounded sense of self.

It was beautiful then and remains so now. E went from not quite knowing the best response when kids wondered “are you a boy or a girl” or anticipatory worry about teachers or other adults questioning their presence in a specific bathroom (even without ill-intent, always a harmful interaction) to a growing clarity in their identity that serves them so well.

Of course, they still experience situations that are both difficult and unkind. But E knows and they’ll name it for anyone who needs to hear it: an antiquated, binary sex/gender system is the source of such problem situations, not they.

E knows that, just as they are, they are just right.

But there were some ways E’s world shrank when they came out as non-binary. Sports, a space that had been a source of fun, physical activity and developmentally significant relationship-based play, receded from their life pretty quickly.
We were proactive, reaching out to work with E’s soccer and basketball coaches and providing resources explaining non-binary identity to try to support these volunteers in learning to use they/them pronouns. We also made clear to E we were willing to work directly with the whole team, but — spoiler alert — non-binary kids are as easily embarrassed by parents as cisgender kids.

Despite these efforts it was tough. Even if a coach is valiant in attempting to create an inclusive experience, you can’t control for parents on the sidelines or other kids on a team. Misgendering is constant in a binary system. And co-ed play doesn’t solve it, because the assumption remains that there are two genders and that you can tell, by looking at someone, how they identify (which, by the way, you can’t).

Only one season after coming out, our then 9-year-old child said “No more. I don’t want to sign up again.”

My family lives in Iowa, one of the many states where legislators are promoting policies that violate the dignity and safety of transgender people. All over the country, laws are being passed denying access to necessary, life-saving medical care. Families are being targeted. The attacks on people’s basic physical and mental well-being are so relentless it’s enough to keep one’s head spinning.

In an environment this vitriolic, feelings of despair and futility threaten to become daily companions.

It’s not only about the policies themselves. It’s also the ways these legislative efforts inject hateful rhetoric and all kinds of misinformation into every corner of the public conversation. We’re all being affected because we’re surrounded by dehumanizing language about people who are transgender. So are our children.

Those of us whose children are the ones being publicly disparaged know we’ve got to stay engaged in political efforts to challenge these threats and harms to our families and loved ones. We also know that’s a long-haul proposition and gains will be slow — glacial even.

In the meantime, something else is just as vital to the well-being of our children, families and communities.

We need to experience life in spaces characterized by nothing less than unfettered joy and full-blown celebration. And we need to create those spaces ourselves.

One day, more than two years after leaving sports, E mused, “I wish there were a team for non-binary kids. I’d want to play on that team.”

And that’s the day the Primers was born.

We posted to social media, asking if people knew kids who were non-binary/transgender, or cisgender kids who’d be excited about a soccer team where everybody’s pronouns were embraced and honored.

The resounding answer was “yes!”

We worked with a local league and got our team a spot on the co-ed schedule. We offered to lead a forum for referees and other coaches, wanting to do our best to insulate our kids from quizzical looks or unwelcome questions when they took to the field on game days.

Staff with the Des Moines Menace, our local United Soccer Leagues-affiliated team, reached out in support; their team manager came and coached a practice, they donated LGBTQ pride soccer balls. One member of our community arranged for every Primer to receive an autographed player card from none other than Adrianna Franch, a goalie for the US Women’s National Team .

The collective loving energy that surrounded this effort was palpable the moment it began. The longer it’s gone on the bigger and stronger it’s become.

This is true for more than just the players. It’s the reality for siblings who persistently tag along to practices, grandparents and neighbors who come to games, office co-workers who’ve asked to come cheer. And for Owen, the Australian shepherd dog who shows up every Sunday wearing his trans pride flag and the parents who bring cheerful signs and ring a cow bell every time we do anything remotely soccer-y on the field.

Several times a week these people show up to a space where the beauty, diversity and normalcy of each and every 11-year-old who shows up — kids who are silly and mischievous, love each other fiercely, respect each other’s identities utterly and just want a place to play — is planted solidly at the center of the universe.

Not too long ago, I said to a friend who has spent a lot of time creating spaces for transgender people to thrive how much I want for these kids to have more soft places in the world to land, for things like the Primers to last their whole lives. They pointed out that even when such experiences are momentary, they’re a big deal; they leave “that blueprint of a feeling in your body, to know that it is possible.”

Every week the Primers play teams of kids their age from local recreational leagues with literally years more experience than they have. Very few of the Primers experienced welcome or safety in sports before, and a lot of them walked onto our practice field having never touched a ball. But they’ve kept showing up, and they learned and laughed and loved their way through to a 15th game, where finally, they scored their very first goal.

We lost the game 12-1 that day. But we absolutely won.