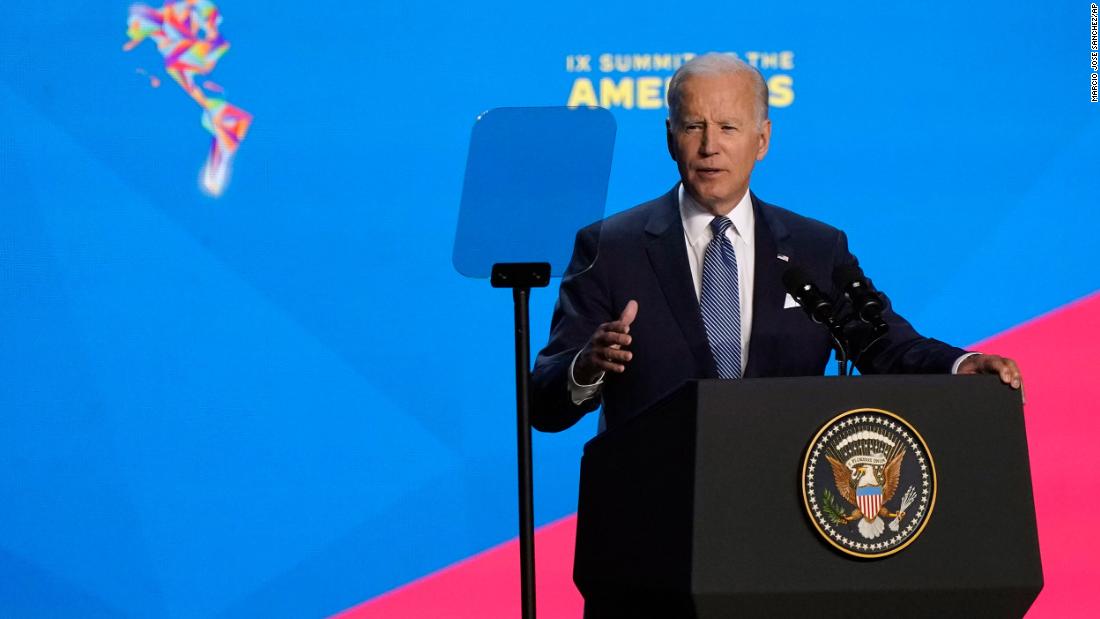 But at the end of the day, it didn’t really matter. Mexico, Bolivia, Guatemala, Honduras and El Salvador sent government representatives. And almost every other nation sent their heads of state.

Despite a couple of “anti-yanqui”(anti-Yankee) speeches by John Briceño, Belize’s Prime Minister, and Argentine President Alberto Fernández, complaining about Cuba’s absence, it was no big deal.

Then US President Joe Biden’s administration took a long time to prepare an agenda, understandably given its preoccupations over the past six months — namely Ukraine, China and Build Back Better.

Until this year, the Organization of American States and the Inter-American Development Bank had always collaborated with the hosting nation in laying out the themes and topics to be discussed as well as some of the documents to be approved.

For various reasons, that work did not happen this year. Washington does not even have a confirmed ambassador to the OAS yet, and the IDB’s current director, Mauricio Claver-Carone, is a controversial Trump appointee.
The event ended with no over-arching statement drafted and considered. The summit only produced thematic texts — some more interesting than others. The migration document, pompously titled “The Los Angeles Declaration on Migration and Protection at the Summit of the Americas,” includes interesting features, though none of them are very new. Its main conceptual strongpoint involves the so-called principle of shared responsibility, first outlined in a 2001 joint statement from then-US and Mexican Presidents George W. Bush and Vicente Fox.
Still, it goes into some detail on asylum matters, and the very notion that Washington is considering migration to no longer be a strictly domestic issue is a step forward. The document also foresees modest funding from the United States for refugees and migrants in Latin American countries through the US Agency for International Development and the World Bank.
The document’s scale is rather small: For example, Canada committed itself to admit 4,000 refugees from the US through 2028 — yet there are a reported nearly 6 million Venezuelan expatriates throughout the region.
Washington also agreed to expand its H-2A and H-2B temporary worker program for agricultural laborers and construction, again, at a small scale. The declaration basically enumerates various countries’ existing programs, along with promises of expansion.
The economic statement, also pompously labeled “The Americas Partnership for Economic Prosperity Initiative,” obviously cannot include features reserved for trade agreements since most countries — Mexico, the Dominican Republic, Panama, Colombia, Peru, and Chile — have signed free trade agreements with the United States.

It includes references to supply chains, an overhaul of the IDB, and pledges of private investment that Vice President Kamala Harris rounded up, as she did last year. It is not known whether the pledges from 2021 have actually been fulfilled.

This statement will probably give Biden some breathing room domestically on one of the most pressing issues he faces in the run-up to November’s midterm elections: Republican attacks on his immigration policy. Nonetheless, polls increasingly suggest that immigration is receding as a major voter concern against inflation and increasing crime rates.

There were no talks on inflation or crime. The summit’s joint economic statement did not address drug issues — either trafficking, consumption or transit — which often lead to violence in these countries. When it came to inflation, there was a missed opportunity to discuss the increasing costs of oil and food (both things of which Latin American countries are significant producers and exporters).

Another issue that was completely disregarded was the war in Ukraine. There simply was no leeway for Biden to extract any type of condemnation of Russian President Vladimir Putin’s invasion in Ukraine, nor to achieve a commitment to lower prices for the massive amounts of grain Brazil and Argentina produce, or the relatively small amounts of oil exports from Brazil, Colombia, Ecuador, Mexico and Venezuela.

In fact, the two things that could have made the summit a major success for everyone involved were simply not in the cards. Biden could have decided to make democracy in the Americas the axis of the meeting and to have a broad debate about the need for a representative democracy and respect for human rights as a response to the three dictatorships excluded from the summit.

This discussion has existed since the founding of the OAS in 1948; it resurfaced during the initial years of the Cuban revolution and then again around the drafting and signing of the Inter-American Democratic Charter in 2001.

There are solid arguments on both sides of the issue. On the one hand, diversity of political regimes, even those that are clearly not democracies and that do not respect human rights, is perhaps a desirable situation, especially if one views it from the perspective of the sacrosanct principle of nonintervention. Who will determine whether one regime or another is democratic or not? What is the definition of democracy?

On the other hand, this discussion is constantly being held with China, Islamic nations and Russia. It takes place at the United Nations and its specialized agencies all the time.
Biden has promoted this debate, and it is a worthwhile cause. He subscribes to the opposite point of view, which is highly defensible: Democracy and human rights should be the right of entry to any voluntary organization, as is the case with the European Union, Mercosur and a growing number of free trade agreements.

The other possibility that could have made the summit a success was Biden’s ambitious, foundational domestic agenda — Build Back Better, improved infrastructure and a social welfare expansion. But for this to have happened, he would have needed approval from Congress.

In that case, he could have showed up with a paradigm shift in US social and economic policy, telling the Latin Americans: “Look, here is what we have done in response to the pandemic and the economic collapse of 2020. You might want to do the same. If you do, we can help.”

It would have been a real sea change. American influence in the region would have been demonstrated paradigmatically, not dogmatically or self-interestedly. But without congressional approval for this bold agenda though, there was not much for Biden to boast about to his neighbors.

Summits come and go. When the world’s leading power hosts one, it attracts more media attention, and every wart, speck of dust or scar becomes visible. The Los Angeles summit will be remembered because of what did not happen, more than by what did occur, but Biden and his team can emerge from it satisfied.