Opinion: The one thing that terrifies White nationalists is what makes America great 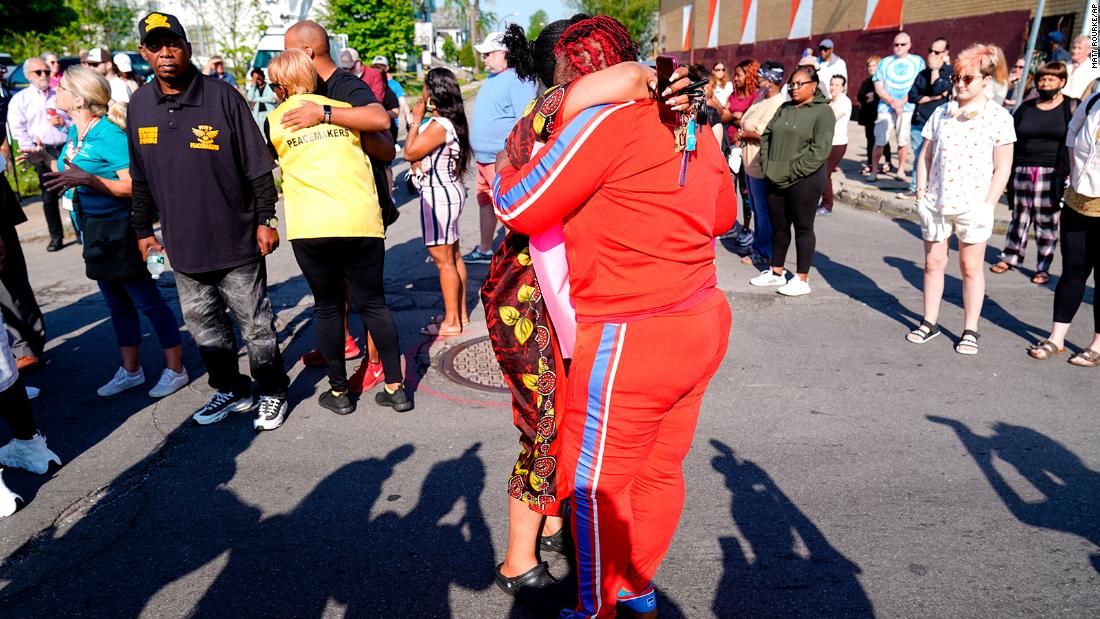 What motivated the killer? While the investigation is in the early stages, a manifesto obtained by CNN, attributed to the suspect, expressed resentment that the White population in the United States is dwindling in size.
The alleged author of the manifesto — who described himself as a White supremacist, an anti-Semite and a fascist — cited concerns over what he fears will be the “replacement” of the “White race” and “White culture.” The message — if it was in fact written by him — would be a bone-chilling confirmation that this teenager drove hours from his home to a predominantly Black community for the premeditated purpose of killing Black Americans.

That would make it not just a misbegotten act then, but a depraved effort to save the White race.

What this manifesto espouses is, in essence, the White supremacist concept known as the “Great Replacement Theory.” This “theory”‘ is meant as a warning to White people that soon, people of color — typically immigrants, Latinos and African Americans — will one day outnumber White people and in essence “replace” them. And many of these misguided individuals are anti-Semites who visit their terror upon Jewish people.
This toxic concept that was once on the fringes of our society has been increasingly mainstreamed by people like Fox News’s Tucker Carlson.
The fact that this very theory has been cited by others who committed deadly attacks — such as the 2019 El Paso, Texas, rampage that targeted Latinos and left 23 dead — is why the Anti-Defamation League called in April 2021 for Carlson to be fired. (Fox News’s CEO responded by defending Carlson and dismissing the ADL’s concerns as being misplaced.)
Something has to be done to prevent more violence like we saw in Buffalo on Saturday. The heads of both the US Departments of Justice and Homeland Security testified before Congress in 2021 that the greatest domestic terrorist threat is fueled by “racially or ethnically motivated violent extremists.” Of course, there are strategies for law enforcement to deal with these issues, from providing more resources to groups that are working to combat domestic extremism, to determining if there is criminal liability for the individuals who radicalized the attackers — and prosecuting them to the full extent of the law if there is.

But there is something else we can do. We can make the case to friends, co-workers, the media — wherever and whenever possible — that demographic change is nothing to fear in America. In fact, it’s part of what makes our nation so exceptional.

There’s no denying that the White population is decreasing in terms of the percentage of the overall population in our nation. In 1980, White people comprised almost 80% of our national population. Fast forward to the most recent US census in 2020 and the White population fell to 57%. Among people under 18 years of age, 53% are non-White. This is all supports projections that by 2045, White people will be a minority in America.
I’m sure those last few lines literally scared some White people. But to be blunt, Americans being fearful of demographic change is nothing new. For example, in the 1850s the “Know-Nothing” political party — that went on to use the name “American Party” — was a nativist, blatantly anti-immigrant movement organized by Protestants.
Back then, the immigrants they feared were not people of color, but were primarily Irish, Germans and Catholics. Native-born Protestants in America who created this movement feared that these immigrants would destroy the character of our nation — or, in so many words, they were afraid of being “replaced” by them. Consequently, they sought to restrict immigration, allow only native-born people to vote or hold office and sought the removal of Catholics who held political office at the time.
At the height of their popularity, the “American Party” elected over 100 US congressmen, eight governors and a slew of state legislative seats. The movement disintegrated in the lead-up to the Civil War, however, because of divisions over slavery.

To those on the right now fearing demographic change in America, if you are of Irish, Italian or German heritage, or if you are Catholic — how does it feel to know that just over a 100 years ago, your ancestors were viewed as invaders hellbent on destroying American culture?

In reality, these European immigrants made significant contributions to America. And a reminder to fans of former President Donald Trump: His grandfather emigrated from Germany in 1885. In the view of nativists who subscribed to the narrow-minded views of the American Party, he too was a threat to their vision of America.
Every racial and ethnic group on our soil has contributed to our nation’s betterment. The astounding list of notable Black Americans and Latino Americans shows how much both groups have contributed in making America richer. And, today, new immigrant groups are adding to the vibrance of our nation.
We are seeing first hand that states and localities comprised in the majority of non-White people are thriving. Take, for example, San Antonio, Texas, one of the nation’s fastest growing cities, and one that is booming economically.

I understand that some people will never accept that someone who doesn’t look like them is not a threat. But I hope they understand that people who traffic in fear of others are doing so to cravenly benefit themselves. In some instances, that benefit might make for higher television ratings. For elected officials, they might be angling for some sort of political advantage.

But change is what the framers of our Constitution intended. It’s why on the Great Seal of the United States we see the words in Latin, “E Pluribus Unum” — which means “Out of Many, One.” Those who reject that philosophy to instead embrace the “Great Replacement Theory” are literally rejecting what it means to be American.