Police: 31 people arrested for conspiracy to riot near Idaho Pride parade 'looked like a little army' 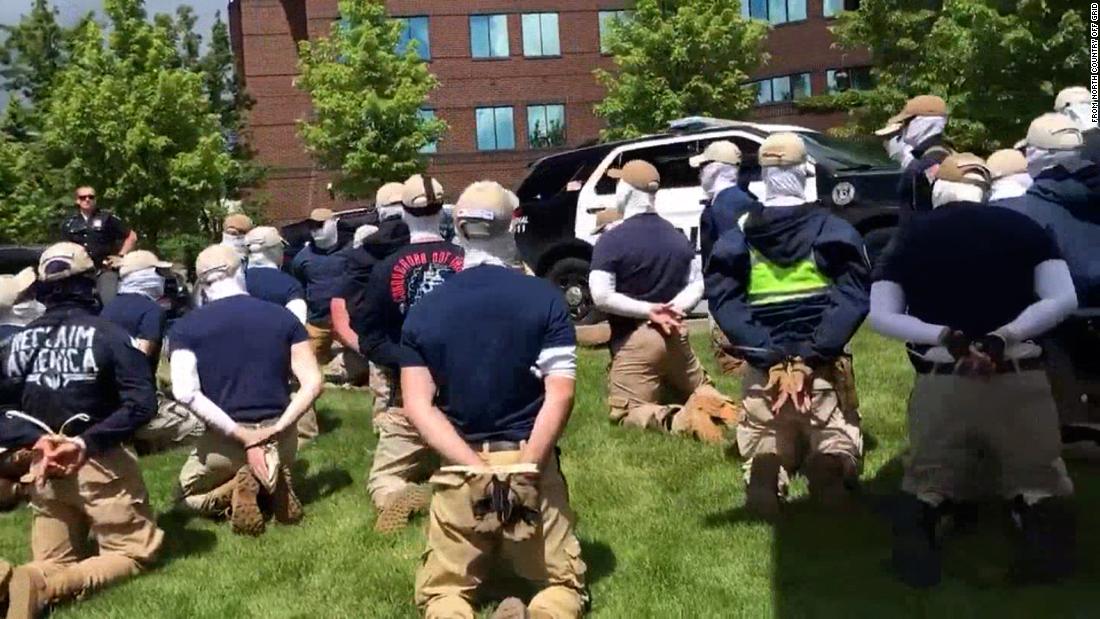 “It is clear to us based on the gear that the individuals had with them, the stuff they had in their possession, the U-Haul with them along with paperwork that was seized from them, that they came to riot downtown,” Coeur d’Alene Police Chief Lee White said during a news conference.

The people who were arrested were all wearing similar clothing associated with Patriot Front, including identical insignia, and there was at least one smoke grenade in their possession, police said.

White said the group was equipped with “shields, shin guards and other riot gear with them,” along with papers he described as “similar to an operations plan that a police or military group would put together for an event.”

The 31 individuals were arrested for conspiracy to riot, which is a misdemeanor, White said, adding the suspects came from at least 11 states.

Authorities released Sunday mugshots of the arrested individuals, all of whom have since posted bond and were released from custody, per the Kootenai County Sheriff’s Office. They will be due back in court at a later date.

Among those arrested was Patriot Front leader Thomas Ryan Rousseau, according to Sgt. Shane Moline of the sheriff’s office. Rousseau has since bonded out of the Kootenai County Jail.

Rousseau, per the ADL, led several dozen members of Vanguard America Texas during the “Unite the Right” rally in Charlottesville, Virginia, in August 2017.

CNN reached out to legal representation for Rousseau but did not immediately hear back.

The operation in Coeur d’Alene began when a concerned citizen informed police “approximately 20 people jumped into a U-Haul. They had shields and looked like a little army,” White said.

There was no violence or significant disruption before the arrests were made, White said, adding, “Today ended up being relatively uneventful overall.”