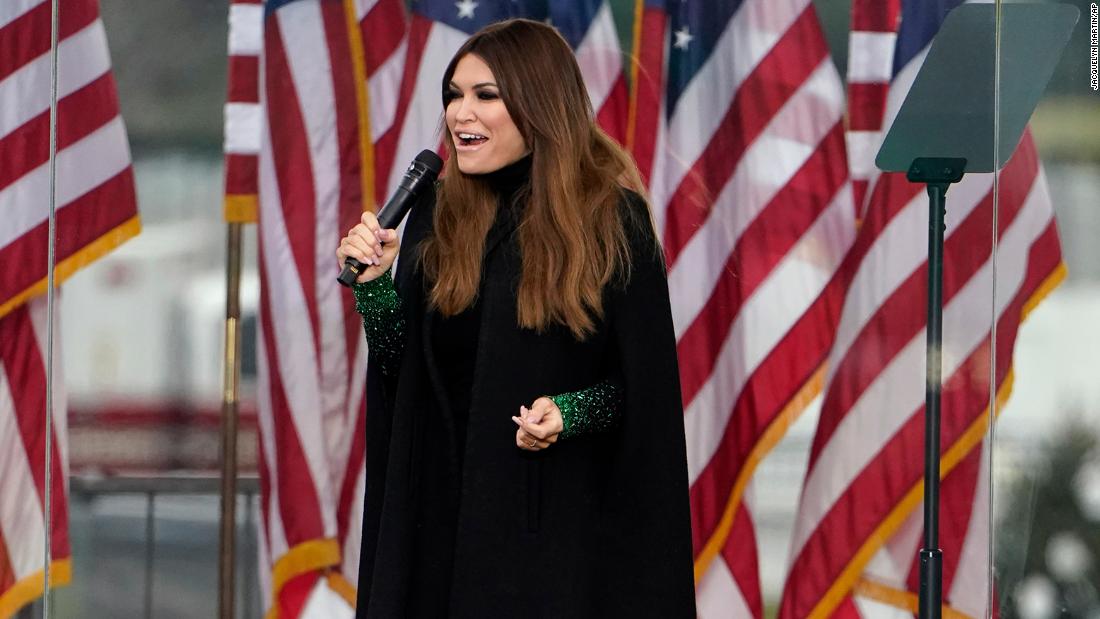 The payment to Guilfoyle was disclosed Monday by Democratic Rep. Zoe Lofgren of California, who told CNN’s Jake Tapper that the House select committee investigating the January 6 riot at the US Capitol has evidence that former President Donald Trump’s family members personally benefited from money raised based on Trump’s false election claims.

Lofgren spoke after the committee’s hearing on Monday highlighted $250 million raised by the Save America PAC and Trump campaign. But those entities did not pay Guilfoyle’s fee, the people familiar with the payment told CNN. The payment came from Turning Point Action, an affiliate of Turning Point USA, the youth organization started by Charlie Kirk, who is a close friend of Trump Jr.

During Monday’s hearing the committee showed a video presentation from a senior investigator to lay out how Trump used the false claims of election fraud to raise the $250 million from donors. According to the investigator, the fundraising emails indicated the money would go toward an election defense fund, but the investigator said most of the money was routed to Save America, a pro-Trump PAC.

Lofgren appeared on CNN soon after that presentation and disclosed the payment to Guilfoyle as an example of “grift.” Tapper asked whether the committee has found “evidence that Trump and his family ‘personally benefited’ from donations.”

“For example, we know that Guilfoyle was paid for the introduction she gave at the speech on January 6. She received compensation for that,” Lofgren said. “I’m not saying it’s a crime, but I’m saying it’s grift.”

Chairman Bennie Thompson was asked by CNN late Monday to clarify if Guilfoyle was paid with “Stop the Steal” funds.

“I did not say that,” Thompson, a Mississippi Democrat, told CNN, adding: “It was strictly paid out of expenditures that came from people who came to the Stop the Steal rally.”

Thompson noted that the payment was still something the public, including Trump supporters, was not aware of at the time of the speech.

“First of all, we think the majority of the public would be concerned that if the girlfriend of Donald Trump (Jr.) made $60,000 for a few minutes speech, that they had no idea. She had to get paid to speak at something everybody else was coming to because they thought it was the right thing to do,” he said.