Republicans attempt to hold on to seats after breaking with the former President, while candidates who embraced his falsehoods seek to advance in key states 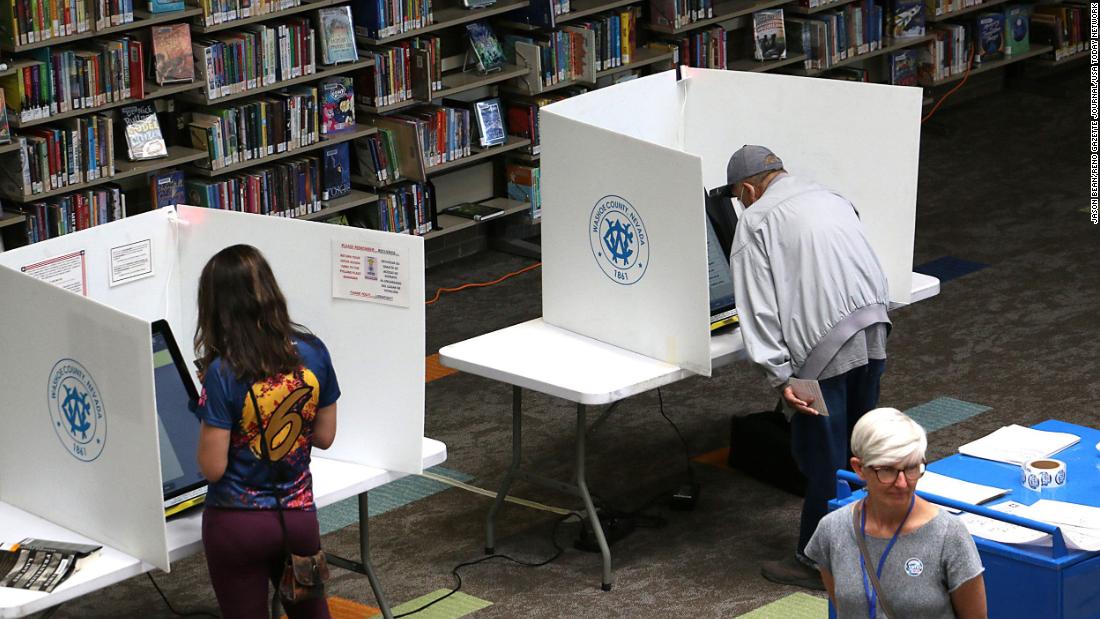 Rice is not only a native of Horry (whose “h” is silent), he once served as chairman of the county council and is a prominent attorney and accountant in the Myrtle Beach area.

But Fry, who former President Donald Trump has endorsed, is also from Horry – specifically Surfside Beach. Fry will count on pro-Trump voters to turn out across the district, which stretches inland through the Pee Dee region and to the North Carolina border. If he can cut into Rice’s Horry County base, though, it might be a disappointing night for the incumbent.

Voters outside a polling place in Conway, the seat of Horry County, provided an uncertain barometer for Rice’s chances. Speaking to CNN underneath the broad canopy of a live oak on the grounds of the Conway library, some said they pulled the lever for Rice in spite of or even because of his vote to impeach Trump.

“I think it’s important he has seniority up there,” said Sean Kobos, who noted that Rice would have a prominent perch on the House Ways and Means Committee if Republicans take back the majority. “I think we have to think about the district.”

One woman from Conway, who declined to give her name because of her job, said she and her husband both voted for Rice in order to push back against Republican animosity over the impeachment vote.

“I don’t think he should be punished for it,” she said.

That was the view of Richard Lovelace, a regular Democratic voter who voted in the open primary for Rice.

“He is the antithesis of my political thought pattern, but he stood up to Trump,” Lovelace said. “In the face of the hurricane, he didn’t back off.”

Lovelace said Rice’s reputation in the community should help him, despite Trump’s ire. And he even predicted GOP voters would turn away from the former President.

“I’m starting to see some erosion of support for Trump among my stalwart Republican friends,” Lovelace said.

But that was not the view of several other voters in Conway who spoke to CNN. Tim Roper, who left the library to find his correct polling place, said Rice abandoned his “good intentions” after being in office.

“He voted to impeach Trump,” Roper said. “He’s not a true Republican anymore.”

Roper said he did not know who in the crowded field he would be supporting, but others said they lined up behind Fry after Trump endorsed him.

“What Trump’s endorsement did was change the numbers, especially among people who were on the fence,” said Charlie Parrish, who voted for Fry. Like Rice, Parrish is a lawyer, and he said the impeachment vote was not constitutionally sound.

Beyond Fry, there are other Republicans vying for the nomination. Although they are unlikely to win, their presence could keep the top two candidates below 50% and force a runoff in two weeks. Lindsey Hilbourn told CNN he voted for Spencer Morris, a pharmacist and small-business owner from Georgetown County.

“I saw the debate on TV, and he impressed me,” Hilbourn said. Asked who he would support in a runoff between Rice and Fry, Hilbourn said he would go with Fry.

“I was on the Trump bandwagon,” he said. “When [Rice] voted for impeachment, that kind of soured me on him.”

Dean and Melissa Thompson said they voted for Ken Richardson, a Horry County school board member. The couple said they did not consider voting for either Rice or Fry.

“They’re both bought and paid for by the Chamber of Commerce,” Melissa Thompson said.

But in the event of a runoff between those candidates, the couple said they would likely cancel their votes out. Melissa Thompson said she would have to vote for Fry because Congress needs “fresh blood” and she always tries to vote against incumbents.

Her husband Dean Thompson, on the other hand, said while he opposed Rice’s vote for impeachment, he’d support him in a runoff.

“That’s the only thing he did wrong,” he said.