Stocks won't be satisfied until the Fed beats them into submission 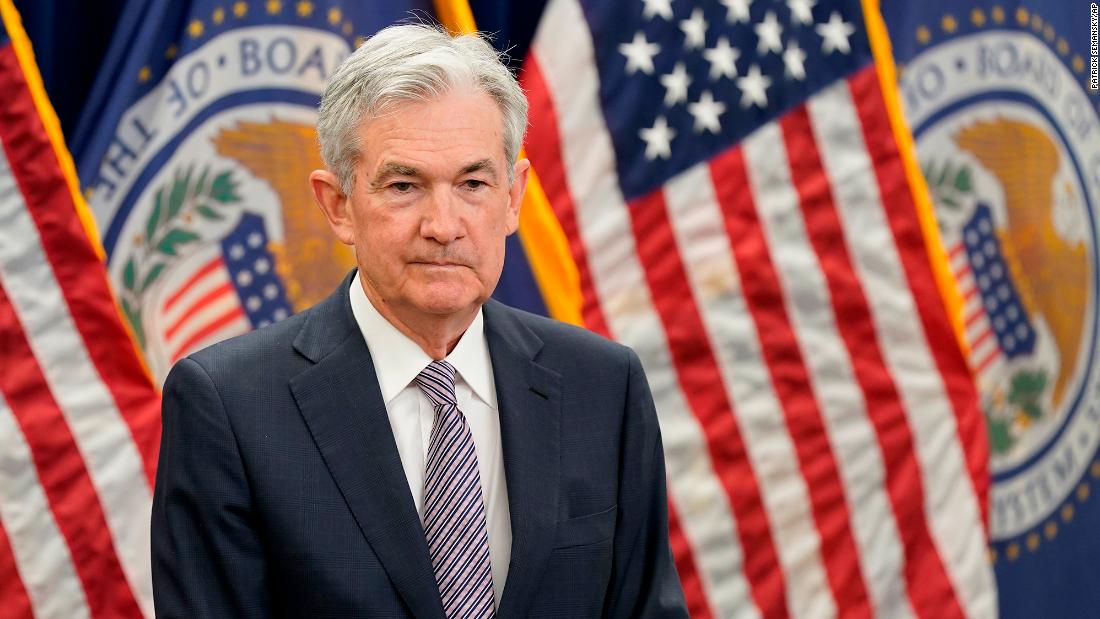 You don’t need to look far to see that the economy is going to hell.

So it should come as no surprise that the stock market, which plunged into a bear market earlier this week, fell sharply again Thursday.

The problem is that investors are like my tween daughter, wanting two contradictory things at the same time. For my daughter, it’s simultaneously “leave me the f**k alone” and “can you take me to my friend’s house?” For Wall Street, it’s, “Pretty please, Jay Powell, raise rates to gain control of runaway inflation” and “Stop! Higher rates are going to crash the economy into a recession.”

The tough medicine the Fed is giving the US economy magob y indeed kill the patient and start a recession. But, as Powell said Wednesday: “We have to restore price stability. We really do. It’s the bedrock of the economy, If you don’t have price stability, the economy won’t work…. Wages will be eaten up.”

At this point, economists worry it may be too late to save the economy from a recession. And, as Allison noted yesterday, her boy Jay admitted for the first time Wednesday that much of the inflationary pressure the Fed is trying to counteract is beyond his power to fix. Sky-high oil prices caused in part by a war in Ukraine, Covid, a screwed-up supply chain … Powell can’t change those things. (If only!)

The good news, (ok, it’s not that good, but we’re taking what we can get), is that a recession could fix some of those problems. If the economy goes down, it should sap demand and take prices down with it. If people stop buying stuff and traveling, people won’t need as much fuel, and prices should fall.

Wall Street isn’t predicting a massive recession like the Covid-lockdown-induced economic calamity of two years ago or the 2008 financial crisis. The job market has been holding up, and many people still have a reasonable amount of money saved up from those sweet, sweet stimmy checks they got a year ago.

“Our forecasted recession would be one of the milder downturns in the post-WWII era,” said Wells Fargo economist Jay Bryson in a note to investors. Bryson said a looming recession, which he believes is a certainty, would be far less severe than the two most recent recessions, which were “bruising affairs.”

“Because many of the underlying fundamentals of the economy are generally sound at present (i.e. household and business balance sheets are generally in good shape and the banking system is well capitalized), we think a mild and relatively short downturn is more likely than a deep and protracted one,” he wrote.

NUMBER OF THE DAY: $3 million

Vince McMahon, the CEO of WWE, is being investigated by the company’s board for agreeing to pay a secret $3 million settlement to a former employee he allegedly had an affair with, according to a Wall Street Journal report.

Oh hi, how are you, Amazon? I know you’re working hard. How’s peeing in a bottle going for you?

So, prices are surging, and we all want some discounts right now. But, this year, can you just work on knocking prices down on stuff that we actually need?

Every year, I get excited about Prime Day. And every year, I see a bunch of TVs (got one of those), Echoes (already hit mine with a hammer) and other crap I’d never buy or don’t need a 20% discount on (20 cents off cotton balls — cool!).

How about a different strategy this year: Make Whole Foods prices resemble costs from Planet Earth. Or just discount toilet paper, cardboard boxes and canned beans for the recession.