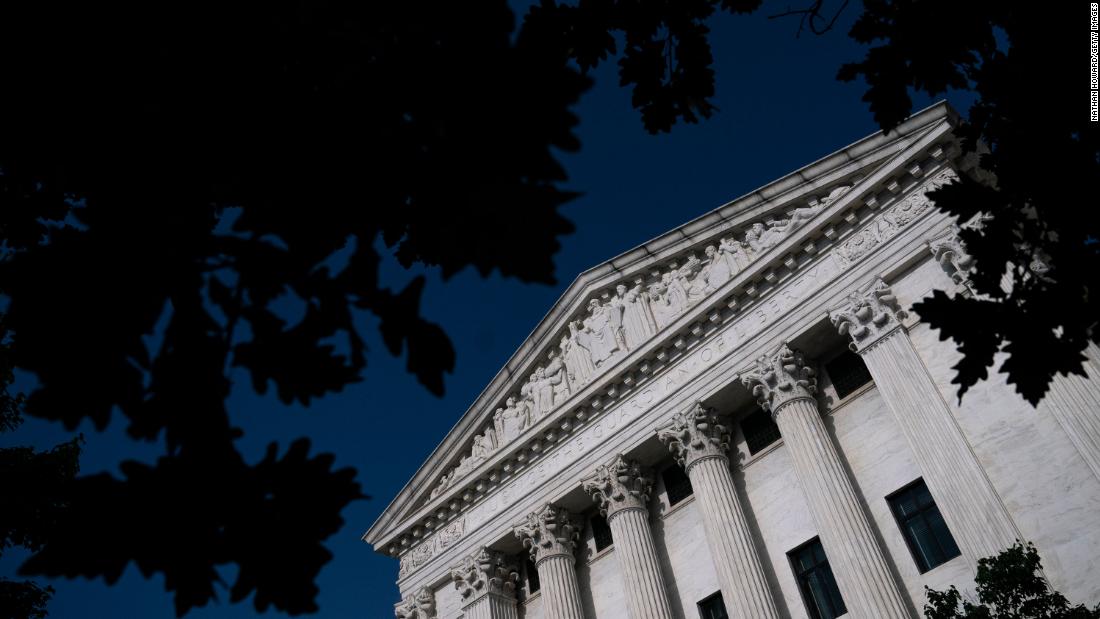 In English common law, it was legal to terminate a pregnancy until the “quickening,” a term used to describe when a mother could feel the fetus move, and abortion was legal and practiced widely in the US until about 1880, according to the historian Leslie Reagan.

Abortion was outlawed in every US state between the late 19th and early 20th centuries as doctors organized against it, she explained. Today, many of the major US medical groups support access to abortion.

The time before Roe v. Wade

Most Americans today weren’t alive before 1973, when the Supreme Court decided Roe v. Wade, and many who were alive back then can’t remember the reality of illegal abortion.

There are plenty of opportunities to learn about it — an HBO documentary, “The Janes,” and Slate’s “Slow Burn” podcast on Roe v. Wade are two timely examples.
I came across the excellent 1998 book “Articles of Faith,” by the journalist Cynthia Gorney. She introduces doctors, nurses and pastors, often inspired by personal experiences witnessing the aftermath of botched abortions, who would break the law to either provide the medical service or help women find it.

Underground networks often had their own codes, according to Gorney’s reporting, spreading information in specific ways, with business cards, shared phone numbers and even in the Yellow Pages, hidden in public view.

Many states in the ’60s and ’70s, dovetailing with the civil rights movement, were actually moving toward legalized abortion — although typically with restrictions that often placed women before panels at hospitals that would judge their requests for abortions.

The Roe v. Wade decision in 1973 changed the underground networks overnight, and a separate decision in Doe v. Bolton, decided on the same day, ended the practice of hospital panels deciding if a woman could qualify for an abortion.

The Supreme Court decisions instantly gave American women new options. But they also coalesced nascent anti-abortion groups into a national movement that worked for decades to whittle away at the Roe decision in states and undermine it in courts.

It turned “scores of state-by-state abortion opposition movements into one big coalesced national movement,” Gorney told me over the phone recently, adding, “The National Right to Life Committee goes from this little sort of punky organization in the East to a juggernaut within a matter of weeks.”

Post-Roe reality will be something new

But Gorney also told me the ultimate victory for opponents of abortion rights — overturning Roe — will probably not return the country to the era of underground networks being the only option for abortion in the half of states that could outlaw or severely restrict abortion.

These differences won’t satisfy the large number of Americans who support abortion rights and want American women to be able to easily make their own choices, but they will mean women could have options even in states that ban abortion if Roe is overturned.

“You cannot set up a system that monitors every little padded envelope that arrives in the home of every woman in your state. You just can’t do it,” Gorney told me.

Preparing to mail pills to get around anti-abortion laws

There are already groups like Aid Access — based in Europe, outside the reach of state and federal authorities in the US, and recently profiled by Politico — that are mailing abortion pills to American women who live in states where the procedure is restricted.
Watch this: Why this Texas mom seeking an abortion needed help from Austria
Domestic telehealth startups providing abortion pills require patients to either have shipping addresses or physically be in states that allow telehealth abortion care, according to a report by CNN’s Jennifer Korn.

A move to reclassify Plan B

Sarah Varney from Kaiser Health News wrote for CNN about Plan B, the top-selling emergency contraception method in the US, which is now owned by two private equity firms. Anti-abortion lawmakers and activists could target Plan B as a form of medical abortion if Roe is overturned.

The company that distributes Plan B could legitimately petition the US Food and Drug Administration to change the wording on Plan B’s packaging to say the drug prevents an egg from being fertilized rather than prevents a fertilized egg from attaching to the uterus. But it has not yet done so.

The need to travel out of state

Medical abortion was not an option for someone like Rep. Barbara Lee, the California Democrat who has talked about going to Mexico in the 1960s as a teenager to obtain an abortion.

Lee has said she saw an abortion provider who used a safe and clean technique, but she was forced to use a clinic in a back alley.

Concerns about an abortion surveillance state

It’s logical to assume there will still be some abortion providers despite drives in anti-abortion states to impose penalties on people who help women obtain abortions, either illegally in their home states or in states nearby.

Just like the internet will make it much easier for women in anti-abortion states to find information about abortion and abortion access, Korn and CNN’s Clare Duffy have written that search histories, location data and text messages could be used against them by law enforcement agencies.

Before Roe, there were several galvanizing events that turned public opinion in favor of giving women and their doctors more control.

These included the 1962 case of a children’s television show host in Arizona, Sherri Finkbine, whose fetus was in danger of being born with a horrible deformity because of some medication Finkbine’s husband brought her from Europe.

Finkbine, whose identity was discovered after she talked to a newspaper reporter to raise awareness about the drug she had taken and its dangers, was denied an abortion in Arizona and ultimately went to Sweden to get one. Her case caused a sensation in the news media.

Then there was a rubella outbreak between 1963 and 1965 that caused thousands of babies to be born with defects and needing lifelong care. Many infected women sought abortions, which were then illegal.

Public opinion is split and evolving

One reason there is a patchwork of abortion laws and varying access is that the issue splits Americans.

I asked CNN’s polling editor Ariel Edwards-Levy what the polling data says about abortion both before and after Roe v. Wade and how those opinions have influenced elections. I’ve broken her response into several sections below, noted in italics.

Americans’ views on abortion have never been absolute

In 1972, according to the venerable General Social Survey, most Americans thought it should be possible for a pregnant woman to obtain a legal abortion if the health of the mother was seriously endangered (84%), there was a strong chance of serious defect in the baby (75%) or the pregnancy was a result of rape (74%).

Over the past decades, views of abortion have remained largely consistent. And recent polls, including surveys from Gallup and CNN, have found opinions on the Roe vs. Wade decision still mostly stable, with roughly one-third in favor of overturning the ruling.

But there are some signs that opinions are changing

Gallup’s latest polling found a shift on several other metrics. For the first time in its polling since 2001, a slim majority (52%) said they considered abortion to be morally acceptable. A similar 53% majority said that abortion should be legal under most or all circumstances, up from 45% just a year ago — a shift that was most pronounced among Democrats, independents and Americans younger than 55.

“The prospect of the Supreme Court overturning the case that established women’s right to seek an abortion has clearly jolted a segment of Americans into identifying with the pro-choice side of the issue and expressing more unequivocal support for abortion being legal,” wrote Gallup’s Lydia Saad.

Decisions about how — or whether — to vote rarely come down to single, well-defined rationales — and that’s perhaps especially true of the relatively apolitical voters who are most likely to be wavering on those questions in the first place. There are some early signs that a blow to abortion access could be particularly motivational to abortion rights supporters, but it’s less clear how that might manifest.

A May poll from Monmouth University found that 48% of Democrats considered candidates’ alignment with their views on abortion to be extremely important to their votes, up from 31% in 2018; among Republicans, the number was 29%, down from 36% four years ago.
Similarly, in a May survey from Marquette Law School, 48% of Democrats said abortion was among the issues most important to them, compared with just 31% of Republicans.

That poll also found that voter enthusiasm was higher among abortion opponents than its supporters — a finding that’s likely due in part to Republicans’ generally heightened enthusiasm heading into a midterm election under a Democratic president.

CNN polling conducted immediately before and after the leak of a draft Supreme Court decision on Roe v. Wade found a 7-point rise in the share of Americans who said their views on abortion align more with Democrats than Republicans.

Additionally, it found that the share of Americans who say they’d be angry if Roe were overturned (36%) far outweighed the share who said they’d be happy (17%), with younger Americans especially likely to express anger at the prospect.

But there was little immediate evidence of a sea change in Republicans’ early edge heading into the midterms.

Another newly released Gallup survey, conducted over a period that began just after the leak of the draft opinion, found 27% of registered voters saying they’d vote only for candidates who shared their views on abortion. That’s still a minority, but it’s the highest number Gallup has found in polling dating back to 1992. The share of Democratic voters (37%) who considered abortion a litmus test was higher than the share of Republicans (24%) who said the same.

Preparing to lose a right

“Roe, however, was remarkably loose in its treatment of the constitutional text,” Justice Samuel Alito wrote in his draft opinion, which is focused on the law rather than on medicine.

The result of his draft opinion, which could overturn Roe v. Wade, will be a new medical reality for American women that is different from what came before — and the rare moment when a US court removed a right it had previously granted.