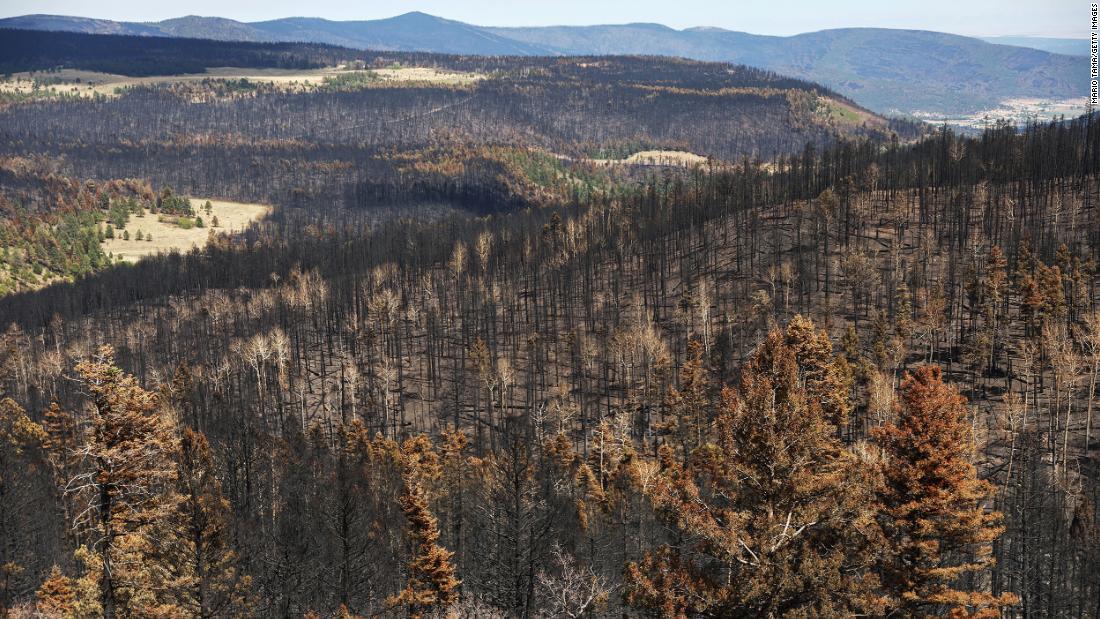 In the middle of a prolonged, water shortage-inducing megadrought, one area, Yellowstone, was overwhelmed by drenching rainfall and rapid snowmelt that — instead of replenishing the ground over a matter of weeks or months — created a torrent of flash flooding that ripped out roads and bridges and caused severe damage to one of the country’s most cherished national parks.

In the meantime, drought conditions persisted in the Southwest, where water is desperately needed to replenish the country’s largest reservoirs, and provide relief to regions tormented by record-setting wildfires.

The latest update in the US Drought Monitor on Thursday showed the major contrast between the wet Northwest and the hot and dry Southwest. This feast-or-famine contrast is a pattern the climate crisis tends to amplify: extremes on both ends of the spectrum, with the pendulum sometimes swinging suddenly from one side to the other.

Across the Pacific Northwest, drought conditions improved significantly over the past several weeks, with the areas in severe drought falling from a high of 55% in April to 25% this week.

“Much of the Northern Tier states experienced beneficial rainfall and near to below-normal temperatures, predominantly leading to drought improvements from the Pacific Northwest to the Northern Plains,” the Drought Monitor noted.

But this persistent and active storm track, which continues to bring rain and snow to the Northwest, has largely missed California and the Southwest.

The US Bureau of Reclamation projected this week that Arizona, Nevada and California would see even more significant cuts to their Colorado River water allotments starting next year.
Federal officials make those determinations on a year-by-year basis every August. Lake Mead, the nation’s largest reservoir which serves millions of people in the Southwest, is already running well below what last year’s projections suggested, even in its worst-case scenario. Last August, the bureau predicted the reservoir would most likely be at 1,059 feet above sea level at the end of this month, and 1,057 feet at worst. But it’s now around 1,045 feet.

In New Mexico, where two of the largest fires in state history are still burning, the drought summary noted that temperatures were running around 5 to 10 degrees Fahrenheit above average, which are worsening drought conditions in parts of western and southern New Mexico.

More than 50% of the state is in exceptional drought, the highest classification in the drought monitor, up from zero in January. This extreme dryness is playing a major role in fueling a fire year that is pacing to be the worst on record.

A recent study from the federal government’s Los Alamos National Laboratory in New Mexico found that parts of the Upper Colorado River Basin, including the states of Colorado, Wyoming and Utah, will see earlier peak streamflow because of earlier rapid snowmelt, and up to 60% reduction in snow in the coming decades.

“We’re definitely looking at a hotter future,” Katrina Bennett, hydrologist with the lab and lead author of the study, told CNN. “There will be more of that wet to dry sort of scenarios we’re seeing, but regardless, we’re going to see more minimum streamflow, increase in drier soils and lower snowpacks, which all together will lead to likelihood of drought increasing across the board especially in the upper areas where we really haven’t seen that intense drought stress yet.”