Trends are shifting, but Covid-19 and its effects are still not equitable 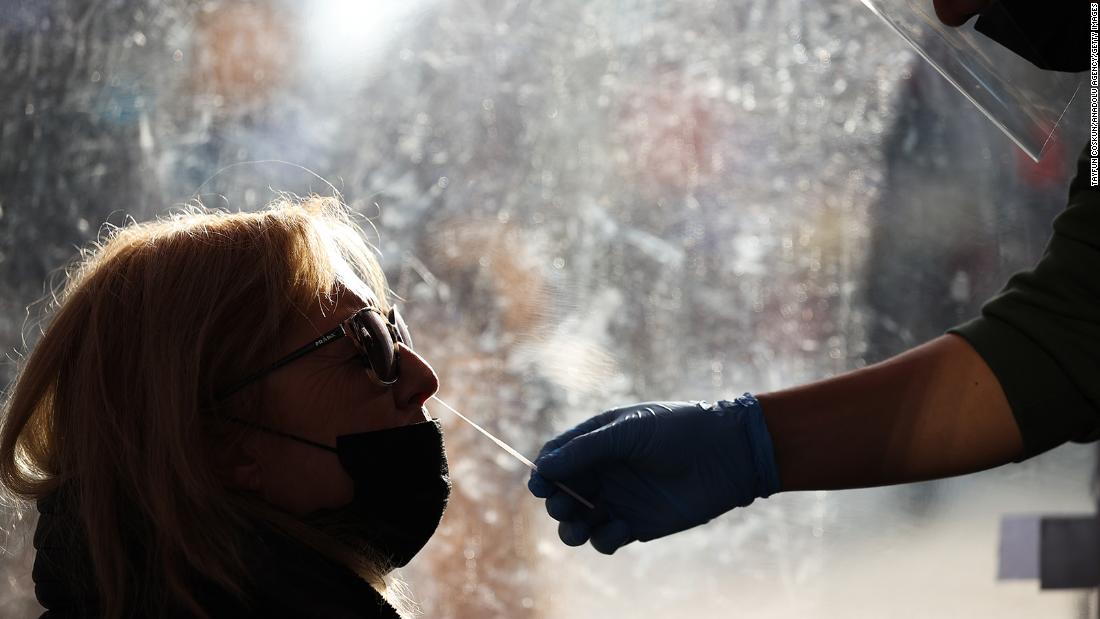 These trends are a marked shift among groups that, data suggests, have tended to fare better overall during the pandemic. But there are critical limitations in federal data that mask persistent inequities, experts say.

“Even though we’ve closed some of the large disparities we saw early on, there are still continued disparities in several areas,” said Dr. Sarita Shah, a clinical care provider and infectious disease epidemiologist at Emory University. “There has been a lot of progress because we identified those issues early on. But I do want to underscore that we are still seeing disparities that really reflect underlying systemic gaps in many areas that disproportionately affect people of color and minorities.”

First, federal data is significantly incomplete. Race and ethnicity are missing for more than 1 in 3 cases and 1 in 7 deaths, according to the US Centers for Disease Control and Prevention.

“If you just take a look at the national data, you basically wash out everything, and you’re unable to understand the actual pandemic stories that are playing out on the ground in different communities,” said Stefanie Friedhoff, a researcher and leader at the Brown University School of Public Health.

It’s likely that the missing data may also skew toward underrepresented populations — those with language barriers who may not be able to communicate their race or ethnicity, for example — said Dr. Carlos Oronce, a primary care physician and president-elect of the Filipinx/a/o Community Health Association.

That could lead to “making conclusions off of a sample of a population that may not even reflect the true phenomenon of what’s going on,” he said.

Second, age-adjustment matters. Life expectancy and age distribution differ by race and ethnicity, and adjusting for age standardizes that difference.

According to the CDC, “adjusting by age is important because risk of infection, hospitalization, and death is different by age, and age distribution differs by racial and ethnic group.”

Recent death rates are at or near the lowest they’ve ever been in the pandemic for all racial and ethnic groups. And although death rates may be highest among White people now, the magnitude of difference is far from a match for the inequality that has persisted throughout the vast majority of the pandemic.

Overall, age-adjusted data from the CDC since the start of the pandemic shows that the risk of dying from Covid-19 is still about two times higher for Black, Hispanic and American Indian people than White people.

Still, there are important distinctions within the broad racial and ethnic groups that the CDC uses to present the data.

The age-adjusted data shows that Asian people face the least risk of infection, hospitalization or death, even lower than the risk for White people.

But that finding is entrenched in a “mutually reinforcing cycle of poor data infrastructure for Asian Americans,” Oronce said, citing the work of Stella Yi, an epidemiologist and researcher at New York University.

Asian Americans are treated like a monolith and stereotyped as a model minority, he said. But that perception of a high-achieving group with no health problems “makes those disparities under the surface invisible.”

With Covid, there are some groups within that broad Asian racial category that have been particularly hard-hit — especially Native Hawaiian and Pacific Islanders, as well as Filipinos.

There is a federal mandate to disaggregate data for Native Hawaiian and Pacific Islanders. But because the CDC is compiling data collected by states, that distinction isn’t always included.

“Our community has had the highest case and death rates than any other racial or ethnic group,” program director ‘Alisi Tulua said, and that gap has “widened by a lot” since this winter.

But hidden data has made it tough to pin down the risk and communicate the need for continued precaution, she said.

“It is concerning that we’re not even able to prove it to our own people.”

Although some groups have felt a disproportionate burden of disease all along, this is the first time it’s showing up among Asian people as a whole.

Experts say it’s the result of a culmination of risk factors.

About a quarter of Asian people in the US live in a multigenerational household, and many work in the health care industry.

And with prevention measures dropping across the country, the rising case rates “reflect the social and occupational hazards that probably disproportionately affect the Asian American community,” said John Nguyen-Yap, associate director of health equity for the Association of Asian Pacific Community Health Organizations.

Language barriers have also been a challenge that has compounded every step of the way, whether it’s communicating about available testing, how to minimize risk, or how and why to get vaccinated, he said.

“We have these persistent disparities, and especially localized, the reality is much starker than what we see in the national numbers,” Friedhoff said. Sometimes, “even the ZIP Code can be too big a frame. You look by blocks, and you see those differences.”

For example, researchers from Houston have found “huge differences” even within the African diaspora in the US. And in Chicago, vaccination rates between the north side and the south side differ by 50%, she said.

Vaccination rates are particularly representative of underlying structural issues driving the inequities that have persisted throughout the pandemic — as well as evidence of the difference that health equity advocates have made through tireless efforts, experts say.

White people were more likely to be vaccinated early on, but that gap has closed significantly, probably helping narrow the gap in death rates evidenced in recent trends.

Many groups have made “huge strides” in battling vaccine misinformation and barriers to access within underserved and at-risk populations, but there hasn’t been as much change within the White population, Shah said. There are some groups that could still benefit from focused outreach, including some White populations in rural areas.

According to the CDC, vaccination rates for all racial and ethnic groups now outpace that of White people with one exception: About 43% of Black people are fully vaccinated, compared with 49% of White people.

In any case, the importance is not “either/or” when it comes to Covid-19, Friedhoff said.

“I just want us to focus back on who’s dying and how we prevent people from dying.”