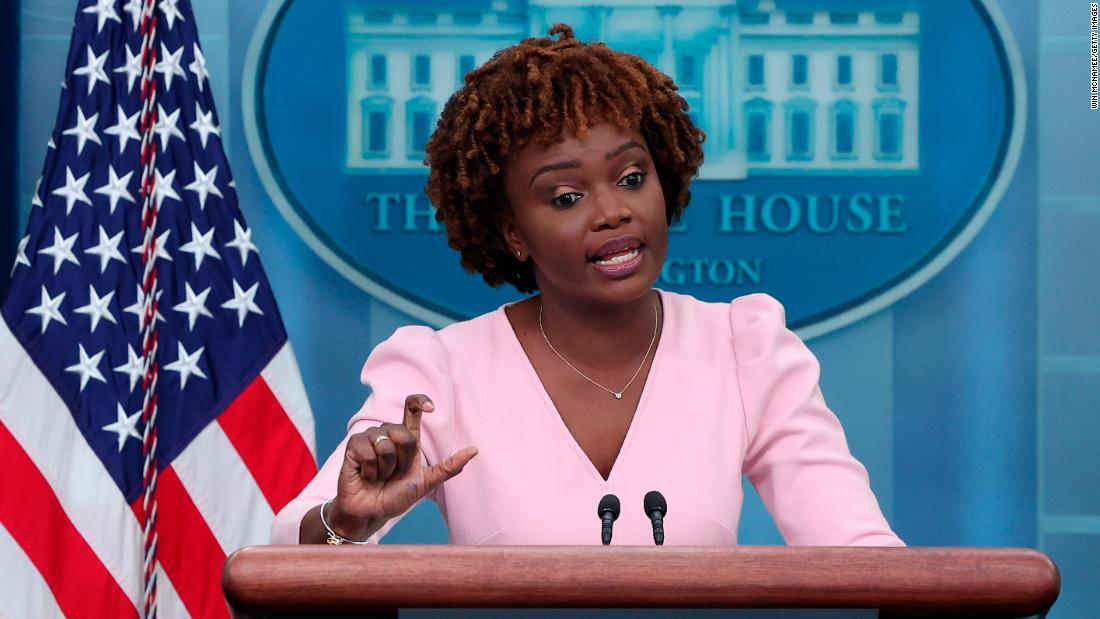 “Oh, my gosh, he’s the President of the United States, you know, he — I can’t even keep up with him,” Jean-Pierre told CNN’s Don Lemon. “We just got back from New Mexico, we just got back from California … just look at the work that he does, and look what he’s, how he’s delivering for the American public.”

“This is a President that understands what happens around the kitchen table — he grew up in Scranton, Pennsylvania — when prices go up just a little bit, it really hurts families,” she said, adding that Americans are “seeing an economy that’s bouncing back” and low unemployment.

“So that is why we believe we’re in a good position to take on inflation,” she continued. “But yes, we understand that folks are feeling this, and we’ve got to remember, when thinking about gas prices and food, this is coming from Putin’s war against Ukraine. The moment that Putin amassed forces on the border of Ukraine, we saw, from then until now, we have seen a $2 increase per gallon on gas.”

Jean-Pierre dismissed the charge that the administration’s efforts to stimulate the economy have contributed to inflation, telling Lemon: “We don’t believe that it did. The American Rescue Plan met the moment, and has led to this historic economic place that we are in currently; unemployment is low, we’ve created 8.7 million jobs, jobs that are better for most for many Americans, and that is what matters, what truly matters.”

She also touted the recently reached agreement on principle for gun safety legislation in the Senate.

“The fact that we have seen those two sides come together, they negotiated, they’re legislating right now, that is a step forward,” Jean-Pierre said. “And that’s what negotiation looks like — the President’s going to continue to fight and to call on that, the other items that he has put forward.”