What to know about Juneteenth now that it's a federal holiday 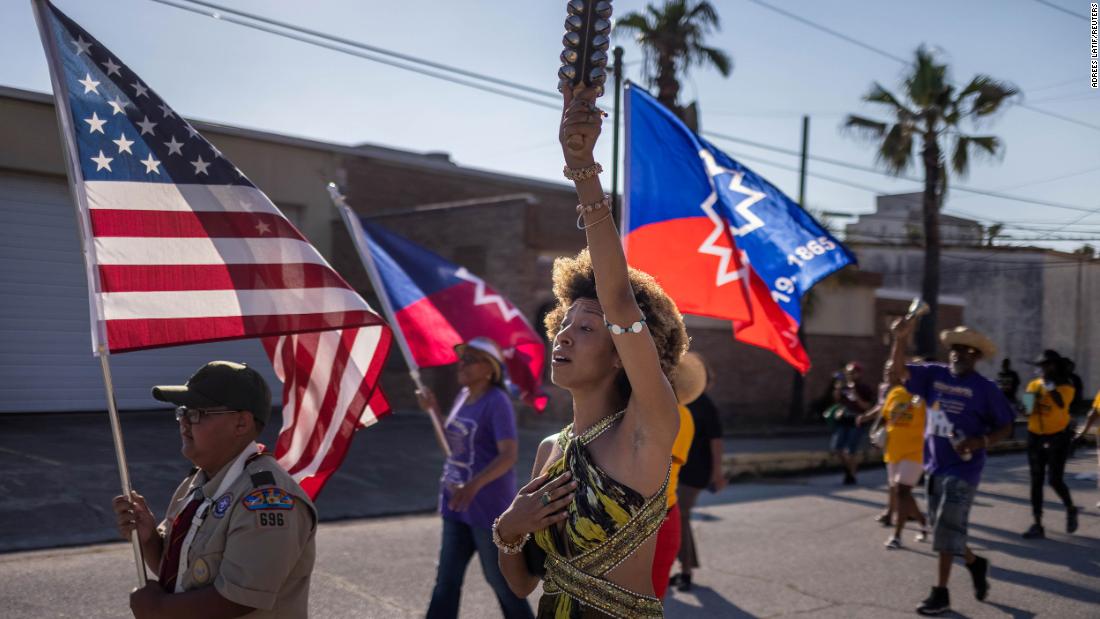 The momentum of the Black Lives Matter movement propelled Juneteenth into the national spotlight, building on a decades-long push by activists and leaders to get recognition for the landmark occasion. Last year, Juneteenth became the latest federal holiday in the US — the first to be approved since Martin Luther King Jr. Day in 1983.
With Juneteenth now a national holiday, many public and private sector employees enjoy an extra day off from work while brands and corporations capitalize on the event with celebratory marketing campaigns. But there’s much more to Juneteenth than a long weekend and branded products.

As Black Americans continue to face the same challenges and inequities that inspired so many to take to the streets in 2020, it’s worth reflecting on the history behind the holiday.

A blend of the words June and nineteenth, it marks June 19, 1865: the day that Union Army Maj. Gen. Gordon Granger rode into Galveston, Texas, and issued General Order No. 3, proclaiming that the enslaved African Americans there were free.

“The people of Texas are informed that, in accordance with a proclamation from the Executive of the United States, all slaves are free,” the order read. “This involves an absolute equality of personal rights and rights of property between former masters and slaves, and the connection heretofore existing between them becomes that between employer and hired labor.”

Freedom for the enslaved people of Galveston, Texas, came two-and-a-half years after President Abraham Lincoln issued the Emancipation Proclamation, which couldn’t be enforced in areas under Confederate control. It also came about two months after Confederate General Robert E. Lee surrendered to the Union Army at Appomattox Court House, Virginia — an event generally considered to be the end of the Civil War.

What began as an informal celebration of freedom by locals in Galveston eventually grew into a wider commemoration of the end of slavery as African Americans in Texas moved to other parts of the country. Today, many African Americans mark Juneteenth with parties, parades and gatherings with family and friends.

Texas became the first state to make Juneteenth a state holiday in 1980. In addition to it being a federal holiday, all 50 states and Washington, DC, recognize Juneteenth in some form.

As Juneteenth has made its way into the mainstream, some activists and leaders point to the systemic inequities that Black Americans continue to face, such as the racial wealth gap, disproportionate incarceration and longstanding health disparities. One coalition of civil and human rights groups, in particular, is acknowledging the holiday by installing a pan-African flag in front of the White House and calling for a commission to study reparations.

As many of those calling for widespread changes suggest, observing Juneteenth might then be an opportunity to reflect on how far the nation has come — and how much further there is to go.